One of the authors early maps this one. The level is set around a launch facility. Your job is to fight down the aliens and launch the rocket.The level is relatively short. But there is plenty of good fights.

The design is average. Most usage of textures is good. Light / shadow is also good taken care of throughout. Ammo and health is well dispensed, so you never run out. The ending is a bit disappointing though

An EDF missile base.
The map is done in textures of brown and grey, and aside from good shading, a large portion of the level is under detailed, has blocky architecture, and lacks trimming. This gives an overall impression of being flat and dull. Things get a little better once deep inside the base, but not by much.

Game play is keys and switches.
Progression is pretty linear, but there are a few instances of backtracking and oddities in the path. Not many players jump blindly into what appears to be a bottomless pit without a clue as to what's down there. Performing the same task at the end where the player isn't supposed to treats them with a survivable fall and the chance to walk around on sky scenery.
The purpose of the yellow card appears to be for the sole reason of having the opportunity to go back to an earlier section of the map and see that the rocket has been launched; then get off track and lost.
Combat starts out initially as some challenging face to face encounters with limited firepower and resources. This degrades into a bunch of behind the back spawns.
Then there are more atomic health laying around than the player can use.
The balance of this map is lost after the first couple of minutes and fluctuates from one extreme to the other. 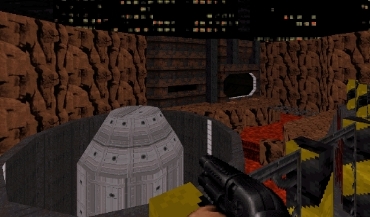 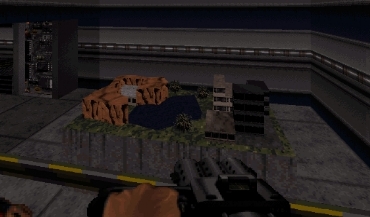 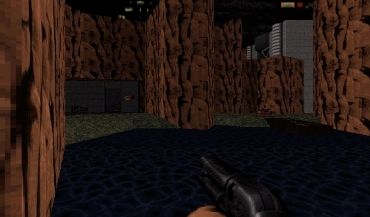 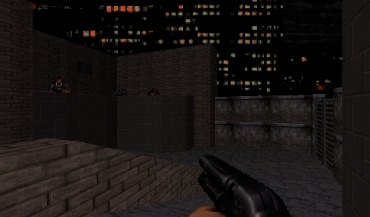 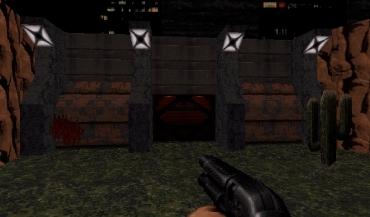 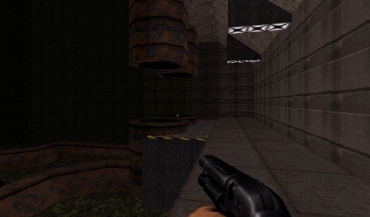