Mega Plaza Shopping Center is a large city-themed level built entirely by Andras Piroska.
It focuses on a shopping center located in the city of Los Angeles which was recently overrun by aliens and it's up to Duke to clean up the place and then get the hell out of there before it blows up in a fiery blaze.

Mega Plaza focuses a lot on its non-linear gameplay which relies heavily on finding well hidden key cards.
Finding the first one is actually the tricky part and definitely my favorite moment in the map. The areas a very well constructed in a sense that you can very easily see the key cards but they're either hidden behind an indestructible glass window or a fence blocking your path, a "so near and yet so far" moment if there ever was one.
Scouring the map for cards isn't the only highlight of the map.
Exploring the map for every nook and cranny is another great moment that the map has to offer. Cleaning up every room isn't necessary however, but it's definitely recommended and very rewarding since they house a lot of goodies that will help you along the way.

Starting off Mega Plaza can be a bit challenging since ammo is a bit scarce and you have to look around for it. Nonetheless, with that said, it's not a particularly hard map despite the hectic brief introduction and a few nasty but well designed ambushes mostly due to the abundance of health packs.

If there was something that I'd criticize it'd be that while the map certainly looks good the shading leaves a lot to be desired. Frankly, a lot of areas look a bit drab due to the lack of good shading resulting in a very bright environment. One would might argue that of course it's bright, it's a shopping center and yeah, you're right, but this is also a building that's been overrun by aliens.
Think of sections of the building with poorly lit rooms or hallways with aliens lurking around corners. I'd preferred if the author could've experimented a bit more with the shading but I also understand the style that he went with. Don't get me wrong, it's not a major issue just a bit unfortunate when the rest of the map is so solid.

Overall Mega Plaza Shopping Center is an excellent map well worth your valuable time. Piroska pretty much nailed everything that makes a Duke Nukem 3D map good, be that the well balanced combat or non-linear design that isn't overwhelming.
Definitely check it out or Duke will go medieval on your sorry ass. 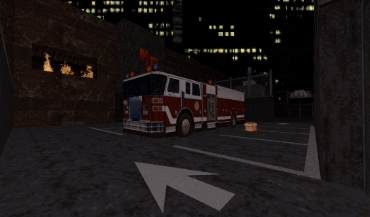 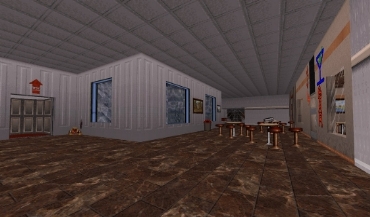 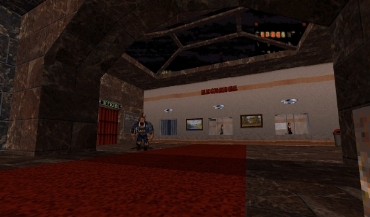 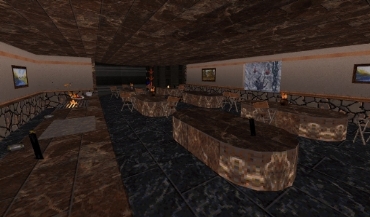 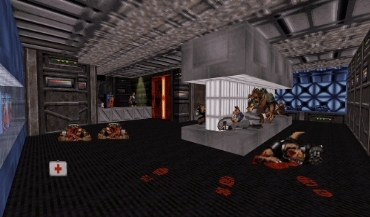 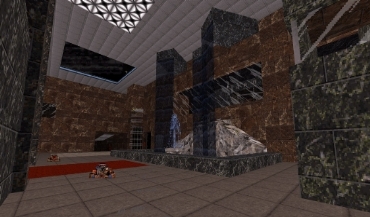