A city styled map.
The level is broken up into four main sections; three city street locales and a waterfront pier.
The design and construction are pretty solid all around, but could have used a bit more trimwork and texturing combinations in some of the hallways and passages.
Most locations are quite typical for this theme, but the second section has a building with a large hole blown into the side of it which adds a nice touch to emphasize the alien presence.

Game play involves finding keys in the first couple of areas then just advancing through the alien forces to reach the exit.
The most difficult portion of the map is right from the start where the player will find themselves standing practically in the middle of the street and taking fire from multiple directions. Finding cover and a weapon fast are the primary objectives. After that things calm down a bit and the flow becomes more traditional.
There are a couple issues with progression. One being that the player has to jump out of a window from one building into the window of another. It can be done at a normal run, but may take several attempts to find the right angle and launch point. It's easier to use this time to master strafe-jumping if one hasn't done so already.
The second issue involves a hackneyed use of teleportation in a hallway towards the end. If walked through more than once the player may find themselves stuck in the dead-end sections. Just pass through it a few times and get back on the right track. 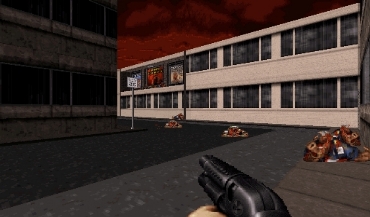 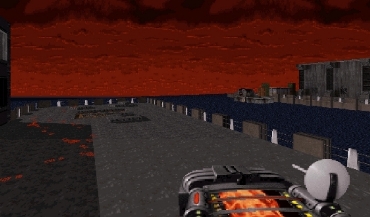 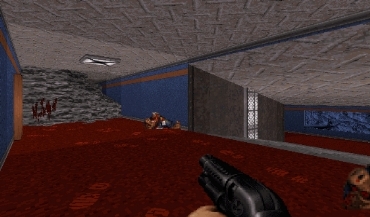 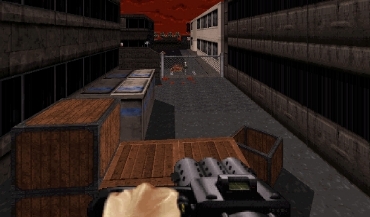 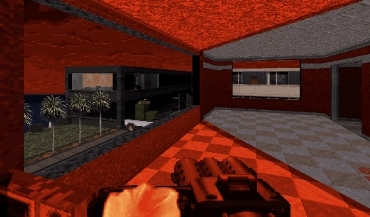 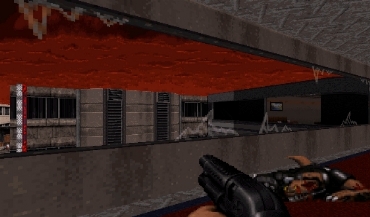