An EDF space station.
The map is very well constructed and detailed and the atmosphere is pretty interactive and dynamic.
There are lights that turn on and off by themselves, engines, explosions, rotating gears, conveyors, and flowing waste liquids. Several window portholes give a good view of the exterior of the station, and there are plenty of sounds to enhance the ambiance.
The layout is fairly open and can be a little confusing at first with all the lifts, stairways, and vent tubes, but once a few of the doors and barriers get opened up it gets easier to figure out how to get around.

Game play is a card hunt and switch puzzle affair.
Some switches turn on lights, some unlock doors, some shut of engines and conveyors, and some multi-switches only open stuff on one setting. It's best just to throw them all or put multis on the last setting if it's not immediately evident what they do.
Getting the red key is pretty straight forward; shut off the engine. If access is still blocked by the pistons then blow up the wall crack.
The blue key is the difficult one to acquire. There are two, but one's a decoy. Reading the view screens will inform the player of that and let them know the second card is hidden in a drain duct work somewhere.
A possible point of confusion when dealing with accessing the duct work is one of the entry points is surrounded by what looks like impassible bars, but it's actually a gate that can be unlocked.
Combat is well balanced, and other than a couple behind the back spawns or blast doors opening letting out a few aliens when the player isn't looking, the enemies are very strategically placed.
There's a decent weapon selection and just a bit more healing items than necessary, but the extra atomics can offset some of the ambushes and explosions the player may encounter. 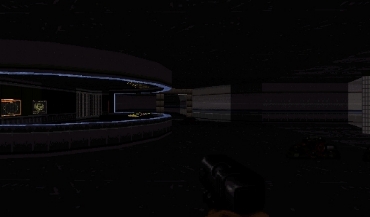 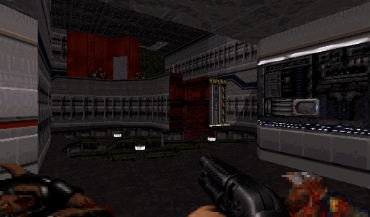 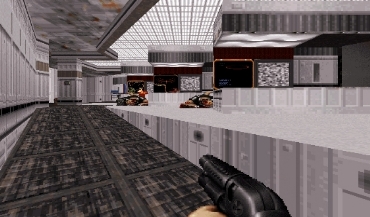 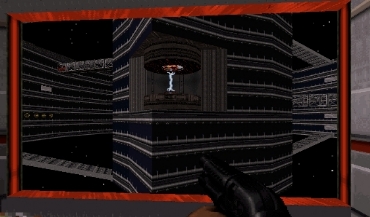 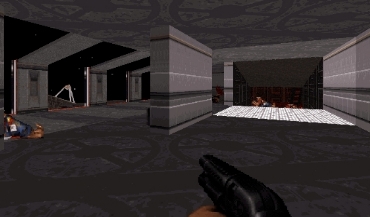 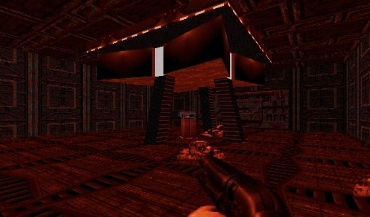