The classic Alien movies have inspired many mappers to recreate some of their favorite scenes and locations. However, most of them base their level on the second movie, Aliens. That's why this one stands out among the crowd: it's based on the dark, rusty spaceship from the first movie.
The storyline has been altered a bit: Ripley failed to activate the self-destruct mechanism, now Duke is sent to finish the job.

The author takes some liberties with the theme (for instance you'll encounter a lot more aliens then just one) but overall it stays very true to the creepy, claustrophobic atmosphere of the movie. Dark hallways, flickering lights, spooky sounds, an absolute absense of windows and some locations that fans of the movie will certainly recognize: all of these factors contribute to a very accurate and effective recreation of the movie's spooky feel. It's very immersive.
This also means that design certainly isn't like your average spacemap, texturing and layout are quite unique.

Initially, the gameplay resembles the movie: very slow and full of dark corners and long hallways that could possibly contain a lurking alien, waiting to attack you.
The tension is well built, but might not everybody's cup of thea. If you want straight up action, this probably isn't your map. However, things pick up during the second half of the map.
There are some nicely staged fights and once you activate the self-destruct mechanism, the pace really quickens. I won't spoil too much, but the final sequences are quite memorable to say the least. Be sure to play this map in a dark room or at night, because some areas are VERY dark.
Overall: a very good map and a must-play for any Alien-fan. If you like dark, spooky levels you'll certainly enjoy this one.
Overall: 96/100

Based on the ship Nostromo from the movie Alien, Duke must get aboard and set off the self destruct sequence that failed when Ripley activated it.

A medium sized map with the basic layout of a three leveled space craft. Solidly designed; the architecture is very good, and the detailing, texturing and shading make for a nice dark atmosphere which enhance that, "the aliens can be around the next corner" ambiance.
The atmosphere is further cultivated during the self destruct sequence with the alarms sounding and a voice coming over the loud speaker basically telling you to get the hell off the ship.
Although each level looks very similar to the other levels of the ship, they have their own unique rooms and characteristics that break up the redundancy, and there's a few tricks you can implement to make navigation easier.

The map is more of a unlocking, puzzle solving, navigation style rather than a fire fight and kill all aliens theme.
But don't worry, Duke isn't walking around collecting weapons, health, and ammunition for nothing; there are a few combat scenarios with the artifacts. There's also encounters in the corridors after you wake up aliens from setting off the self destruct sequence. This while you're trying to beat feet to escape, go figure.
The puzzles are pretty simple; they mostly consist of unlocking a series of doors to progress further into the bowels of the ship, and there's view screens next to the majority of them to let you know where you generally need to go next. 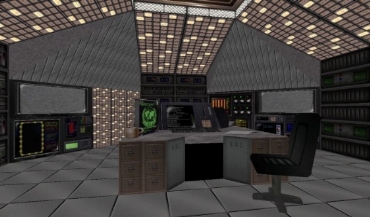 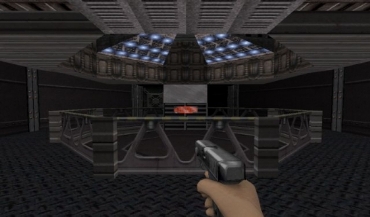 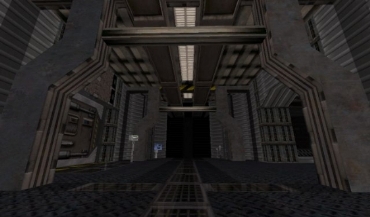 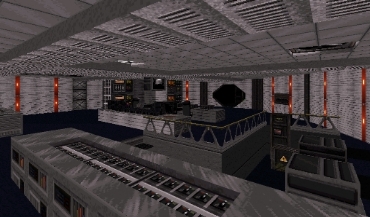 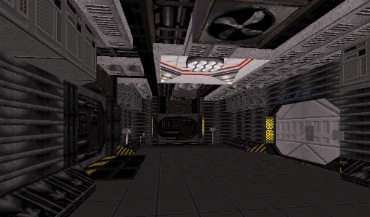 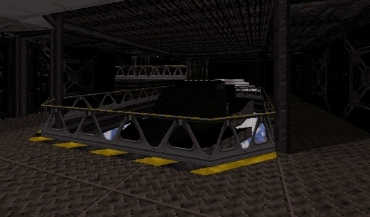