A space base map that has both EDF based and alien-esque qualities.
The styles are so intermixed it's difficult to tell who is taking over whose facility. Even though it's made up solely of rooms and corridors there is some creativity with the floor plan.
Using good sprite construction the map has been split into different floor levels and into segregated sections. Combined with doors that unlock from one side only, the layout loops back on itself at a key junction to prevent unnecessary backtracking while keeping the flow of action at a constant pace.
There are also a few small side rooms containing much needed supplies.
So technically the map may be a linear straight shot from start to finish, it's anything but straight.

Game play is centered on throwing switches to unlock the next portion of the map. There is one key card to be found towards the end which unlocks the exit.
Some of the puzzles are not immediately obvious as to what to do to get something opened. Some areas seem to dead end, so where to go or how to get to a certain area is not a given. The passage is there, just not presented in an easily recognizable fashion. There are no clues or view screens and it's up to the player to figure it all out. Thankfully the map is small so what direction to head off in or what unlocked usually isn't very far off.
The initial alien encounter is pretty rough. The player is supplied with a pistol, no additional ammo, and must face off against a small cluster of aliens. There is a weapon nearby, but the player better be quick, or be dead. Ammunition is pretty scarce and health is just a little bit better.
If you're lucky you'll find the extra guns or the aliens are generous and drop some bullets for you.
There's not alot of room to be wasteful so being trigger happy can be detrimental to your health. 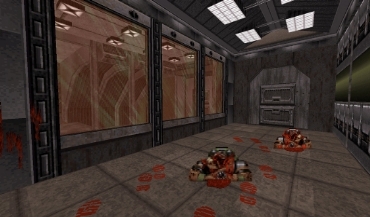 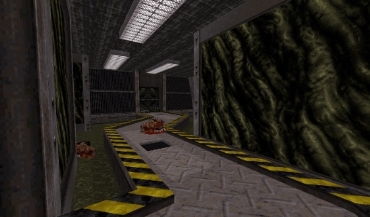 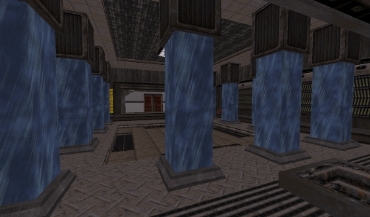 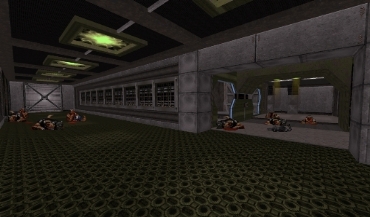 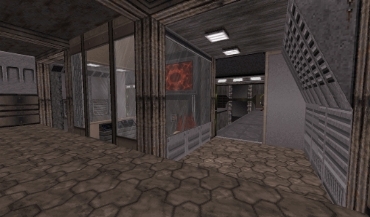 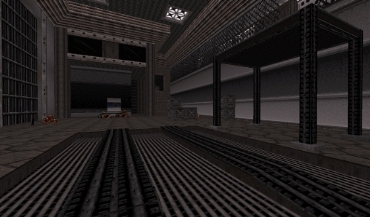