A map based on a hospital.
Locations are typical for this styled map and include operating rooms, treatment rooms, a security station, a cafeteria, nurse's stations, and a view of a helicopter pad. Duke starts out on a road overlooking the hospital's staff parking lot and must make his way through the facility to reach the heli-pad.
Apparently the aliens needed to get their fix of morphine so they blew up all the tunnels and collapsed all the surrounding cliffs so they can have their party with some privacy.
The level contains four floors which are accessed either via stairway or by using the one working elevator. Any floor can be explored at any time and they are made up of linear corridors or looping hallways which have several rooms off the main passageways open for exploring.
One of the downsides to this kind of map are the numerous doors lining the halls. Only so many rooms are present which causes the player to spend some time checking them all and looking for the ones that open.

Game play is a key card hunt.
The keys and locks are pretty easy to find, but annoyingly the player has to go from the top floor back down to the first floor to open a locked room. In this room is a switch puzzle to unlock a door all the way back up on the top floor which forces the player to once again backtrack all through the stairwell. It's a long and irritating walk made even worse by the fact there are no more enemies spawned or anything else to keep the action flowing.
What combat is present is well balanced; only the bullet weapons are available and the types of enemies lurking in the level are limited. Ammunition evenly spaced out through the map, but health is a bit over the top. It is a hospital though. 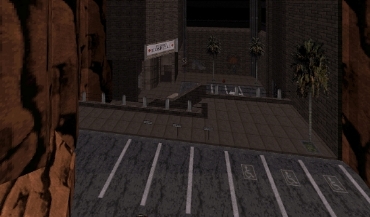 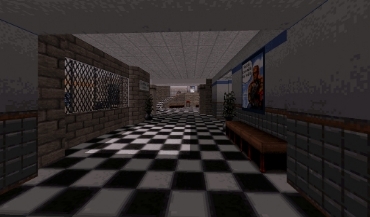 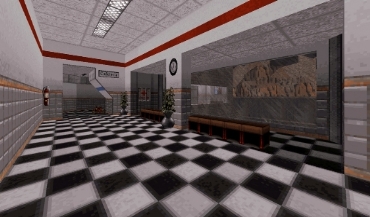 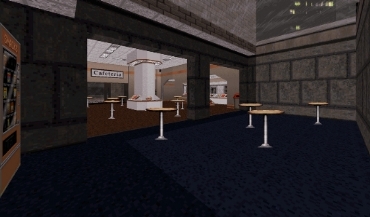 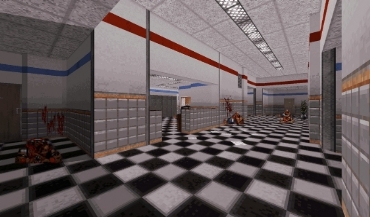 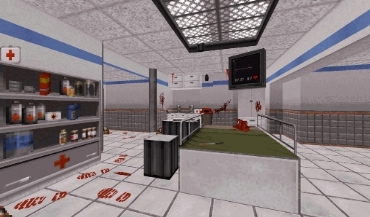