A space station styled map.
Duke starts off in a launching facility, goes for a little ride, and then must explore around an orbiting facility to eliminate the enemy threat.
Most of the locations are typical in this kind of map and involve alot of corridors, power generation machinery, crew's quarters and living facilities, and control rooms.
The architecture is pretty standard, but the trimwork, texturing, and strong shading are well done. There are large walls of view ports to give a sense of depth as one looks out across the structure's exterior, plenty of ambient sounds and lighting effects to add to the atmosphere, and several sets of explosions and environmental interactivity to give it some realism.
The layout is a hub design with three main branches that take the player on a long loop around the station and end up back at the hub at a different point then from which one left.

Game play is a combination of key card hunting and switch throwing puzzles.
All the locks are in the hub and it's on the player to figure out how to navigate the maze of corridors and rooms in order to acquire the keys. This is where the difficulty kicks in. A good number of the switches are hidden in the scenery, are in secret areas behind secret areas, and more often than not once a switch is thrown there's absolutely no clue as to what opened. Expect alot of aimless wandering and clicking on random walls and computer consoles.
Combat is just as tedious. There is tons of ammo and plenty of health, but only a few weapons are provided and the much needed chaingun is not present. The player will spend most of the game in shotgun battles with droves of pigs in space. For the amusement of the author the pigcops are in ambush position around just about every corner, there are plenty of behind the back spawns, the player will get trapped in small dark rooms with transparent black newbeasts, and let's not leave out the fights with fat commanders in narrow corridors. 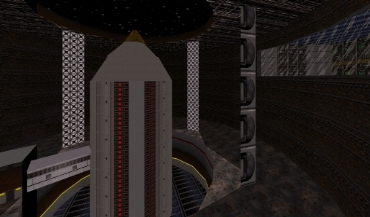 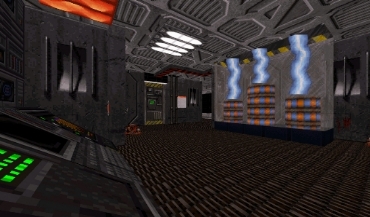 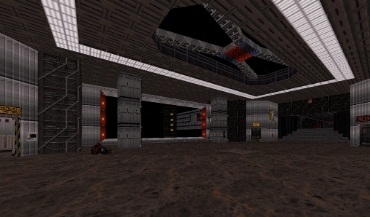 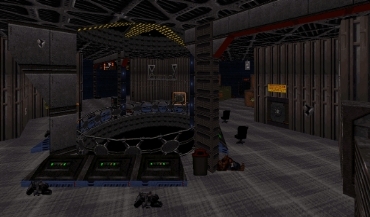 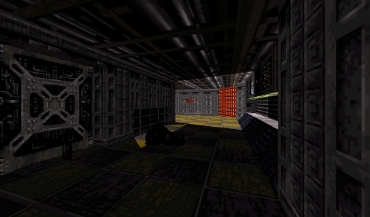 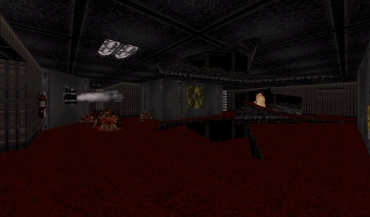