Duke starts out on a location similar to Hollywood Holocaust.
But from there everything is...different.
Duke has to find a few keycards, travel through a lot of teleporters to strange worlds and fight those alien bastards. And there is a lot of aliens!
Design is very poor. Only reason for this upload is that the author also have a decent map around here called "Volcano Isle".
Texturing is horrible. Misaligned textures all over the place. Lighting / shading is weak. No ambient sounds. Enough weapons, ammo and health kits to serve the chinese army.
But there is quite a lot of explosions around the map that brings some life to it. But funny enough, the map is worth some 15 minutes if you're into blood fests... 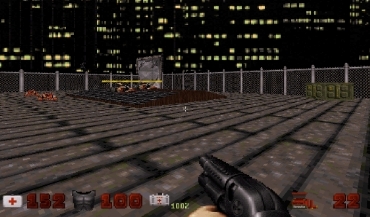 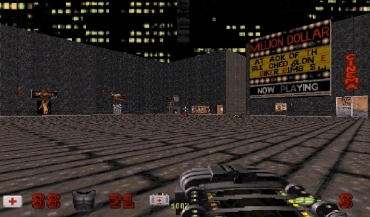 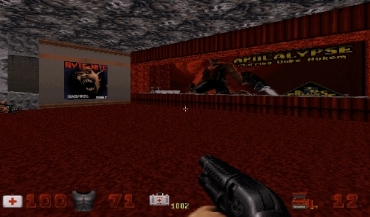 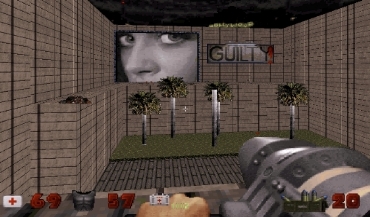 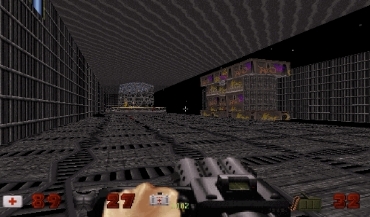 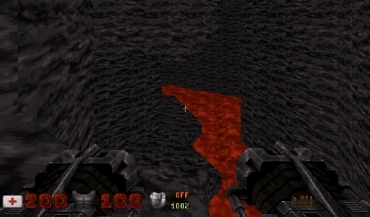