Really good and fun map.
The objective of the map is to go find bomb parts and blow up a barrier to get at the alien's scout ship before it can make repairs and take off. You have a time limit.

The mission stuff works really well and the unlinearility of the level too; it was nice that you could pretty much go whichever way you wanted, collect the items in any order, and view screens helped you keep track of what you do/don't have & where the things could be found.

The visuals are excellent too, it feels like an "advanced classic" style, especially the indoor of the lab, it really felt like an old factory and it almost looked like custom textures were used. Strong lighting-shading contrasts really give the map some depth and enhance the experience of moving from one location to another.
Instead of the usual perpetual gloom that pervades the entire level, some areas are fairly well lit, another area may be kind of shadowy, while in even another it's almost like walking down dark street at night with every other lamp burnt out.
The only major issues with the map are the doorways transitioning from the street to the building interior; there's not much room, and they slam shut real fast. I personally never got squished, but it is pretty cramped in some of those foyers, and it can get annoying when you open a door, there are a few baddies standing there barring your way, then the door slams in your face before you can both kill the obstacle and get through the opening.
You may also get a silly message about needing a timer you already have; just depends on the order you go about things, and you can ignore it since view screens in other buildings will show that it has been successfully collected.

As mentioned there is a time limit. Destroy the barrier early and you get an "easier" ending. Come in late and you're in for a more difficult alternate ending with a rerouted exit.
There is a cargo ship amount of supplies at the back end of this level; if you want the "challenge" acquire it sparingly as you need it, if you have an itchy trigger finger after being denied explosive weapons for most of the map then dive in an blast away at those alien scum.

Overall this level is fun and intense; think of walking out of the sunlight into a dark room, or vise-versa, you're blinking trying to get your vision to focus, you have aliens with nasty dispositions coming at you, an intense music track is playing, you know you're being timed; that's what makes this map great. 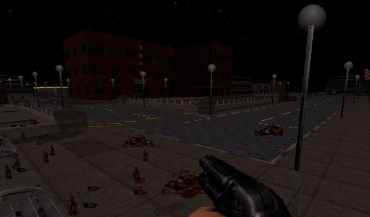 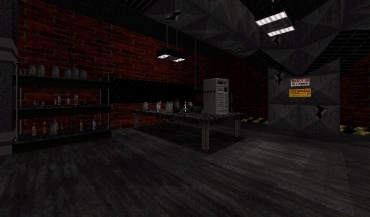 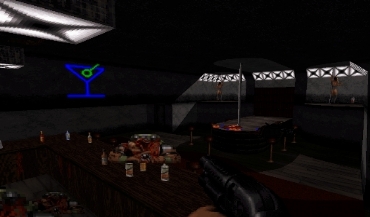 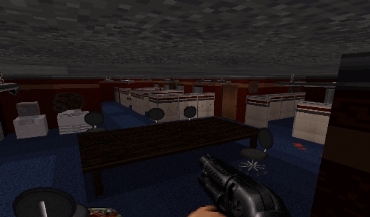 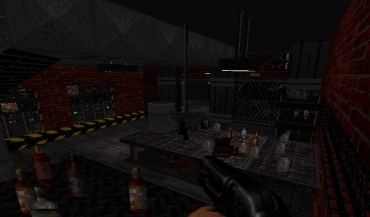 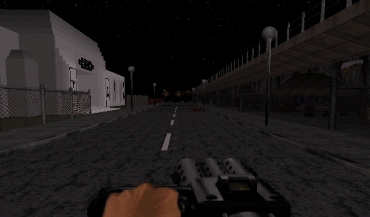