A city styled map.
The level is made up of a street and a few buildings with some typical urban locations like an office building, a few rooftops, a hotel, a dentist office, a sewer, and a recording studio.
Construction is rather blocky and squared off and most of the areas are either barely adorned or just plain empty.
The layout is wide open and the player can go pretty much where they please.

Game play consists of exploring around hitting buttons until the single key card and the jet pack are located.
There's a switch located high up on a wall almost out of the field of view which requires the player to fly up to reach it; thus the jet pack is required to finish the level.
The alien to weapon and supply ratio is well balanced, but there are way too many atomic health. There are so many that even a few have been placed at the end of level nuke switch; obviously completely unnecessary. 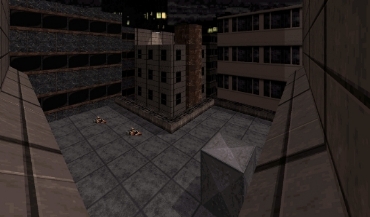 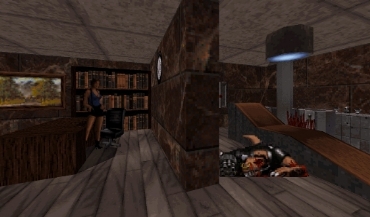 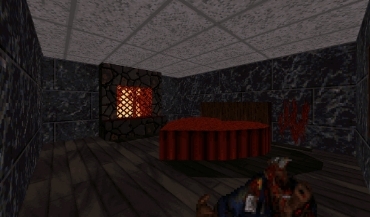 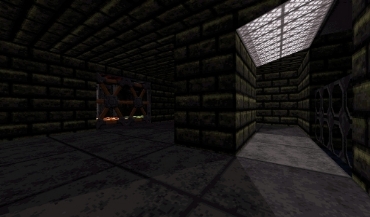 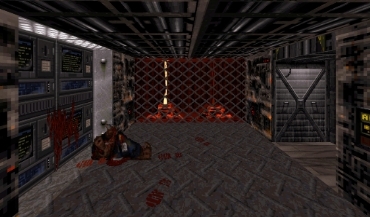 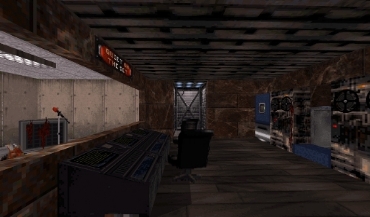