An industrial facility.
The map is made up mainly of a series of small control rooms and warehouses with a few other minor locations like a spot of alien hive and a short outdoor alley.
Some areas are well constructed while others are very simple, cramped, and unadorned.
Navigation is very linear with no side passages or deviations in the layout.

Game play is a key card hunt.
The flow of the game follows the same formula throughout; go get a key, return to the current spot, open a new door, repeat. The large doses of backtracking wouldn't be so bad if there were additional challenges added for the trip back, but as it stands it's uneventful and dull.
Combat is unchallenging in the extreme; Duke is loaded down with more weapons and ammunition than he can carry and health paks are stacked to the roof.
Most alien encounters consist of one or two enemies at a time which are nothing more than speed bumps. There is one large engagement with a horde of pissed off baddies, but they have a right to be mad. They're jammed into a small room elbow to elbow and make for easy work when faced down with an artillery barrage. It's like shooting fish in a barrel. 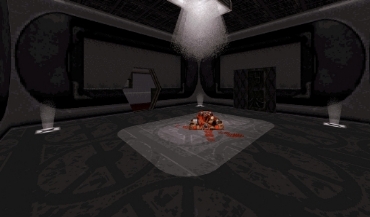 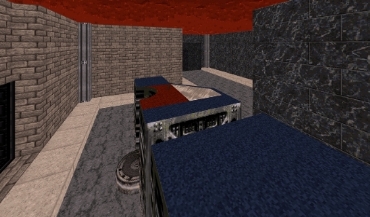 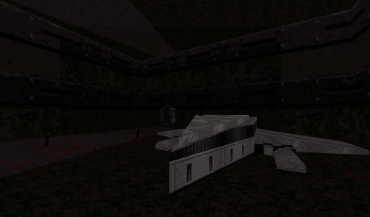 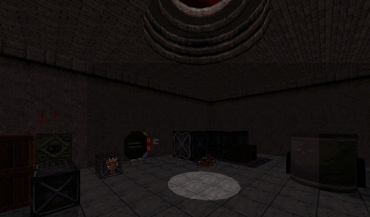 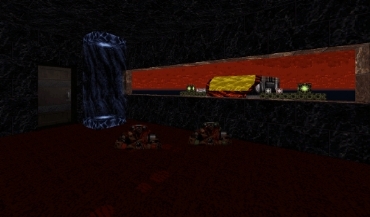 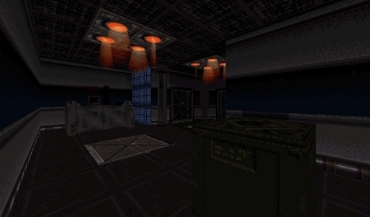