A mysterious artificial satellite has appeared in Earth orbit. Duke has discovered that the aliens are planning an invasion that is being staged from a warehouse and its Duke's mission to infiltrate the warehouse in order to make his way to the satellite and kick some alien ass.

A large map with a decent layout and a very nice design.
At the beginning the warehouse interior and exterior seem rather bland and lack shading in some parts, but that can be over looked as it is only a minor portion of the map.
The texturing in the base corridors became redundant and could have stood for some change up, but overall; good sprite work, architecture, and detailing make for a nice atmosphere in the alien base.

Game play is pretty good throughout.
There's a bit of an overload on health, but if you try to run recklessly through you'll need it because of the wide variety of well placed enemies.
Duke's arsenal is well stocked and there's ammo aplenty to go around, although there's a bit of an overload of ammunition for the heavier weapons towards the end. Unless you're a really bad shot, all those RPG and devastator rounds aren't very necessary. The theme is a key card search and switch throwing safari.
There are a few well concealed passages that need to be located, but where they're at is pretty obvious due to the logical layout of the map. 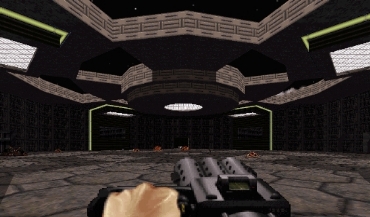 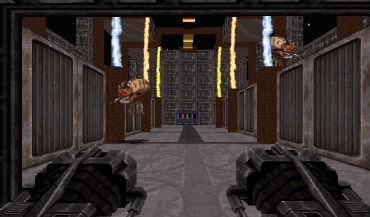 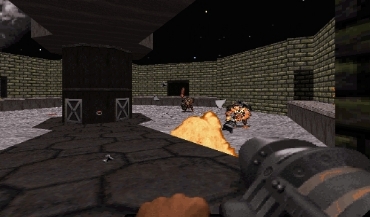 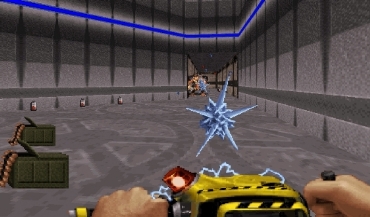 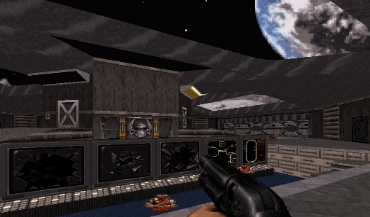 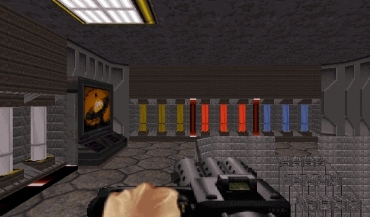