A warehouse styled map.
It consists mainly of a couple building with rooms full of crates and conveyors as well as a small outdoor section. I wouldn't trust my stuff being stored there as several rooms have holes in the ceiling to let the weather in.
That's pretty much the ambiance of the map; an old building stacked full of crates with rain and lighting coming down wherever it can find a spot to come through.
Otherwise the map is pretty basic with texturing and detailing. There's some architectural structuring and a little trimwork, but things are still generally boxy and flat looking.
The layout takes linear a bit too far; other than a vent maze that needs to be jet packed up to and a couple sidetrack doglegs that don't serve too much of a purpose other than making the player possibly take a wrong turn this level is one line of corridors and rooms which needs to be backtracked through several times.

Game play is a find the key and find the button piece.
The keys are easy, the buttons are usually up towards the ceiling out of the line of sight or placed on the backside of some crates. Most are easy to see, others not so much.
The crack in the wall hiding the jetpack is also up out of the line of sight and nearly invisible.
Of course the player also has to notice that they supposed to fly up the vent shaft in the ceiling of the blue locked room.
Ammo and health are a bit tight, but it makes the fire fights a little more exciting; at least until the narrow hallway where three fat commanders spawn right on top of the player. 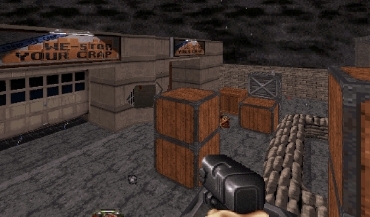 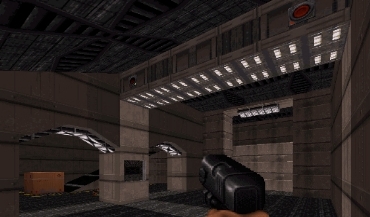 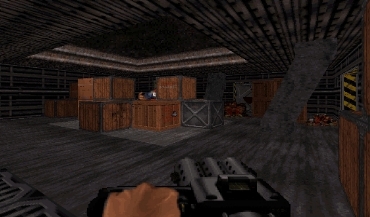 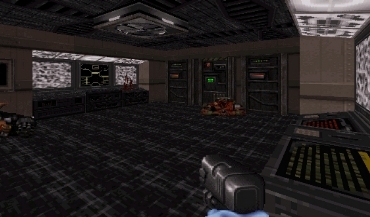 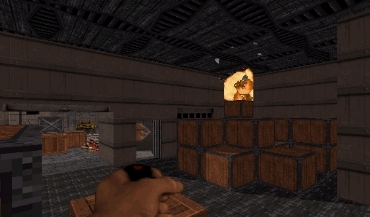 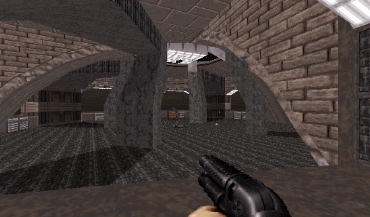