This map seems to be in an open valley somewhere with good sector work.
Seems like it would be a pistol spam fest but with all the slopes and cropped sectors to make holes in the ground really gives the surface detail and adding small house/building outposts around it makes it hard to use the pistol and win.
The map has a really cool spiral rock that has pick ups and stuff as you go to the top of it surounded by nice outdoor sector work.
There's a mirror you could shoot the shrinker into to get shrink rays to reflect across a section of the map and also use it to shrink your self and find the hidden stash that's nearby once you get that you will be the leader of the pack in this map.
The ammo and weapon placement is well placed and thought out for battles, but that hidden secret has to many atomics in it luckily not many will find it.
It doesn't offer any different type of gameplay though it's all an open battle there isn't a place to go inside of and it can be quite tough to avoid the battle at all in such an open area even with the small pool of water. 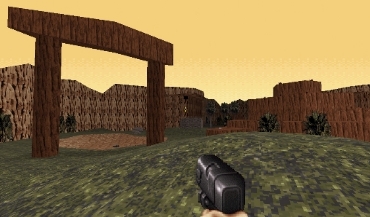 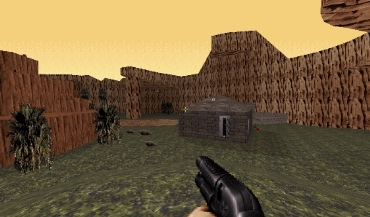 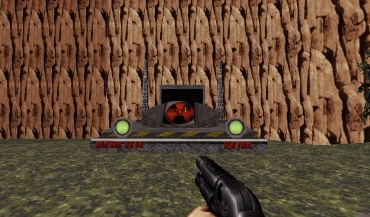 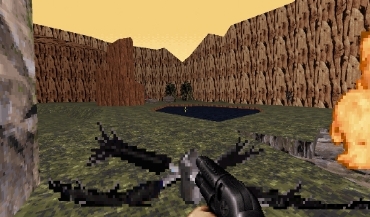 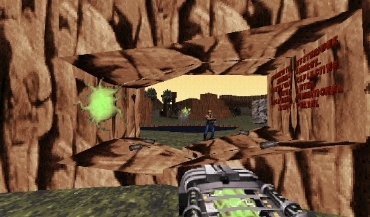 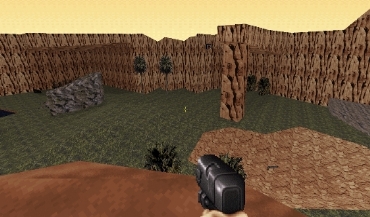