This is level four of an Episode called Orbital (?).
Duke roamed the Earth looking for the alien boss in the three previous levels and discovered that the scumbag is in orbit, on a safe distance from Earth. As soon as Duke tracks him down his sence of security migth crumble!
It's a space station in orbit with tons of cool areas to explore. Duke must find the three mandatory keycards and try to nuke the place.
Design is very good for it's time with good texturing and very well done lighting / shading.
Most weapons must be earned and also as rewards for exploring secret areas. Ammo and health kits are dispersed throughout the level.
Battles can be pretty tough from time to time and expect aliens to appear behind you......just sayin' 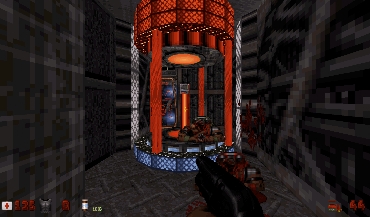 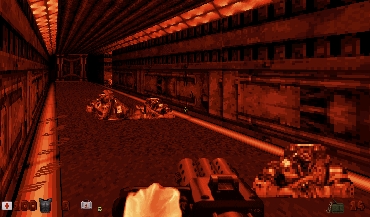 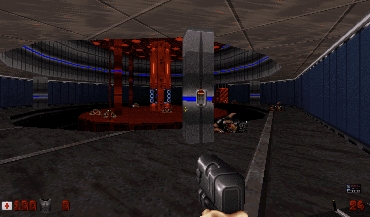 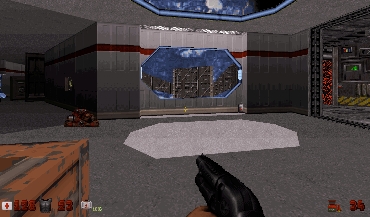 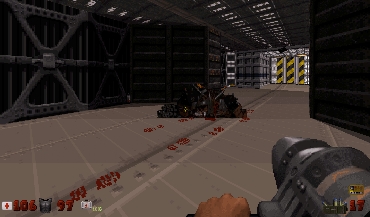 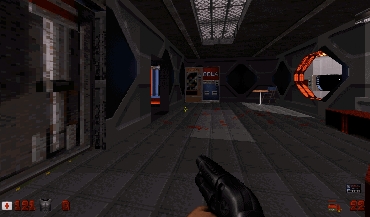