As you exit the rather quiet office building and enter into the wide open street, all hell breaks loose.
Aliens are coming at you from all directions and you're pretty limited on your arsenal. If you can survive the initial onslaught and make it to the parking lot across the street, you'll be able to collect some much needed health and supplies. Even so, there's barely an adequate amount of anything to sustain any sort of campaign to remove the enemy threat.
The parking lot and street area are pretty open which allows for freedom of movement, there's some nice sprite work and detailing to provide some eye candy if you find the time to look around.

Once inside the supermarket things really start to get difficult.
The amount of health kits, ammunition, and weapons increase, but the areas are overdone with the detailing and architecture, making for some very claustrophobic combat against from pretty tough bad guys.
There is an objective of finding buttons and key cards, but you may not have time to notice as you spend most of your concentration on trying to keep from getting your ass shot off. The close quarters and overcrowding continue through the rest of the map into the EDF base and sewer locations.

The map is full of detailing, strong shading, nice sprite work, and architecture.
Navigating the layout from one end to the other flows well, with only one or two instances of confusion on where to go next that could have been corrected with view screens next to switches, but the design falls short on the indoor locations being small and over packed with objects that seriously hinder movement. 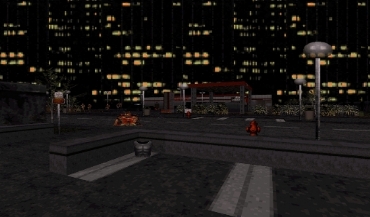 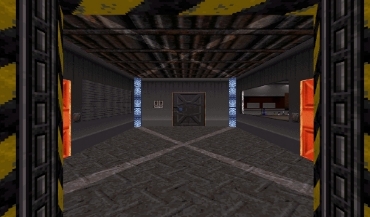 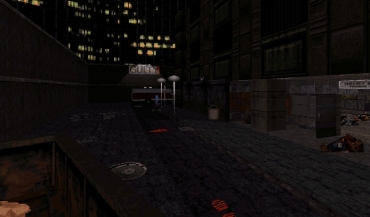 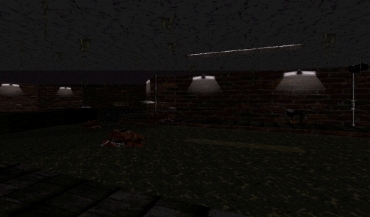 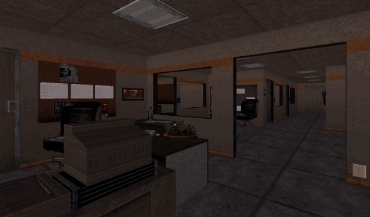 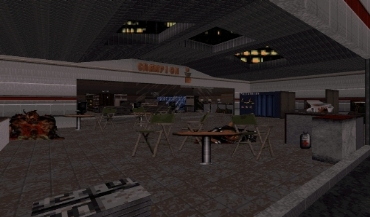