A graveyard and mausoleum styled map.
The level is solidly constructed with good architecture and detailing. There are all kinds of headstones, fencing, foliage, half-dug graves, tombs, and a church complete with a service chapel. Even with all this filling and decoration none of it is a major hindrance to movement or combat.
The map is pretty dim and gloomy with all kinds of ambient sounds and a nice stormy atmosphere. Even in the darkness the pick-ups and supplies are fairly easy to see, but the semi-transparent enemies can be a bit camouflaged until they're fairly near or start shooting. It isn't much of a problem until down inside the last burial chamber where it's extra-dark and the aliens can really catch the player off-guard unless they use the provided night vision goggles.

The premise of the game is a card hunt and a couple buttons. Since the map is pretty linear there's not too much difficulty in finding and acquired the progression items.
Combat consists of clearing the path of aliens sitting in ambush or waiting in small hordes guarding primary locations. What little backtracking there is comes with some respawns to keep the fire fights fairly constant, so there's hardly a lull in the action.
Ammunition is a bit stingy at first, but gets a little more abundant as the level goes on. Also the variety of weapons increases the deeper into the map the player delves. 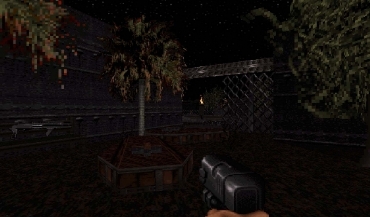 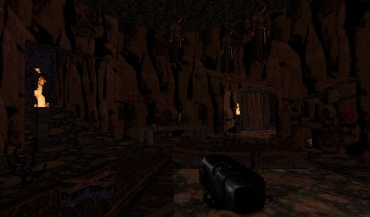 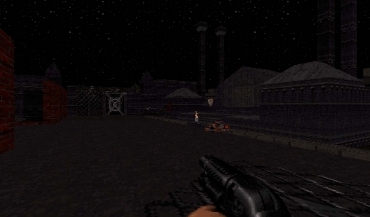 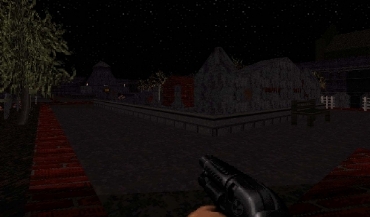 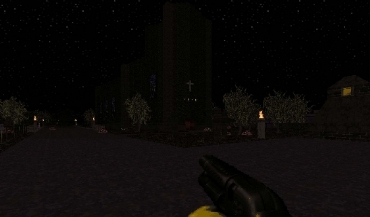 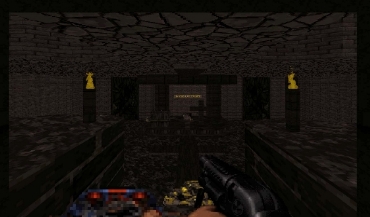