The entire map takes place inside an exclusive resort club styled building.
There's a coat check room, private rooms, a quiet little bistro type eatery with an adjoining kitchen, a large dance floor, and several maintenance an access corridors and closets.
The layout is set up in series of mini-hubs where one main room serves as the center point for several other rooms and halls that branch off from it, until the next section is accessed and the method then repeats itself.
Construction is a bit squarish, and while several rooms are detailed out, other rooms and most of the corridors are pretty stark and empty.

Game play consists of hunting down semi-hidden switches and locating key cards.
The key cards are the easy part; finding some of the switches can be pretty difficult and can cause a delay in the action while they are extensively searched for.
Initially combat is a bit rough as Duke faces a horde of aliens clawing at a door to get to him and nothing but a pistol and minimal ammo to deal with them.
While the monsters are stuck on the other side of the door they still shoot at the player through the gaps and this can get a bit tricky since there are almost no health paks in this section of the map.
Once a few weapons and some bullets are acquired life's a little easier, but there's still very few ways to heal available, unless you like toilet water. 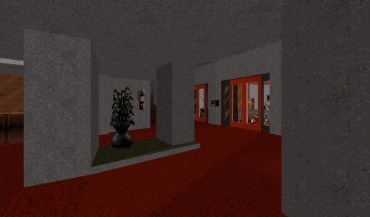 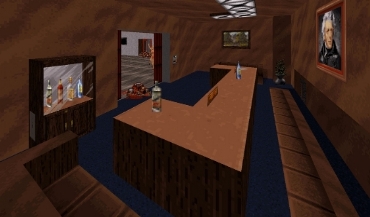 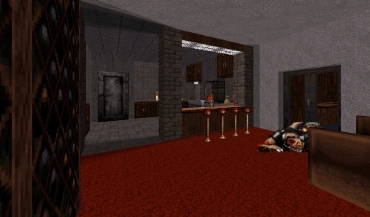 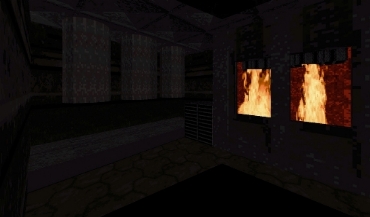 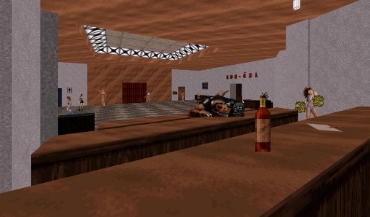 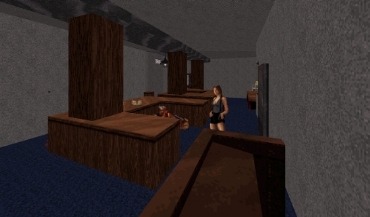