A small urban map consisting of a lot with three buildings.
The map is pretty basic and simple. Detailing and architecture are minimal and shading is weak and reserved for the outdoor section.
The lot is also surrounded by an invisible barrier so some nose smashing may take place before the boundaries are fully recognized.
The level uses teleporters to transition between indoor and outdoor movement, and in one instance of going to an upstairs room in one of the buildings. It works just fine, but a silent teleporter would have been better suited for a seamless transition.
The level is open for exploration within its limits. Two buildings contain keys, one building contains the locks, and the player is allowed to enter whichever of their choosing at any time.

Game play is about full on combat.
The keys are just an excuse to draw the player into more fire fights. Duke is under siege right off the start and it hardly lets up the entire time.
It can get pretty challenging during several encounters; especially in the building interiors where elbow room is restrictive and there's either a pretty tough enemy, or the room gets filled with a spawned alien hoard. Weapons, ammo, and health are limited, but there's just enough to get by on. Running is always an option as well.
Not much in the way of puzzles, but still a good short alien blasting experience. 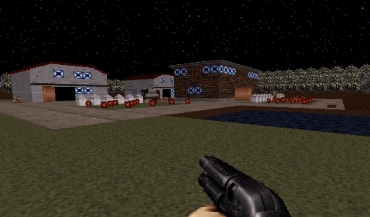 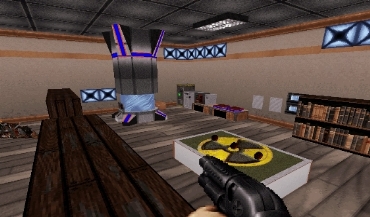 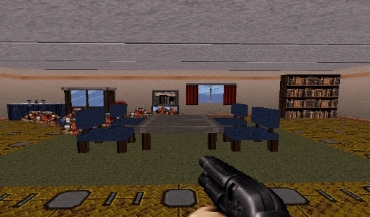 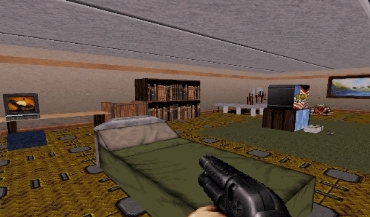 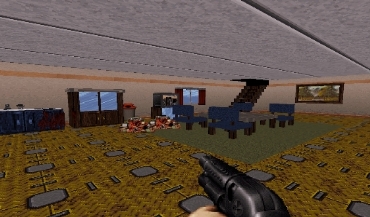 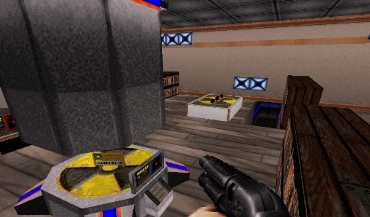