A medium sized map centered around a shopping mall.
As with most mall maps this consists of the usual grocery store, book store, duke burger, and a few other small shops and plazas.
The layout is interesting and well done. There are several little passages and vents and on multiple occasions the player will leave a room one way only to end up back in the same room from a different direction. This little trickery of the floor plan does backfire a bit as it renders one of the key cards useless if you can find the correct path.

The overall appearance of the map seems a bit washed and bland due to the texture selection, blocky architecture, and random shading. Several rooms are very plain, severely under-detailed, and there are misaligned textures all over the place.
Even though the author didn't take time to clean the aesthetics of the map up the game shines with its set up of fire fights and combat scenarios.
The tactical locations of the aliens and the respawns will keep you on your toes from start to finish. 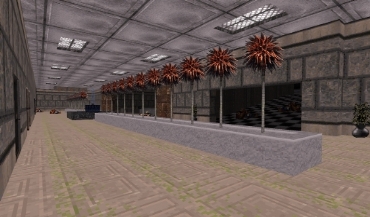 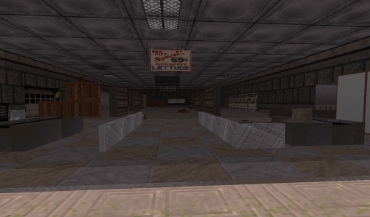 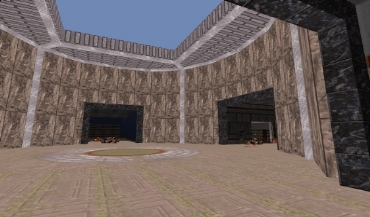 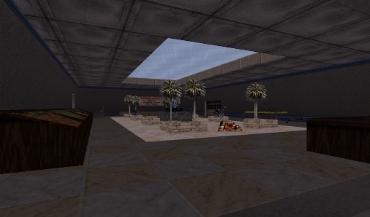 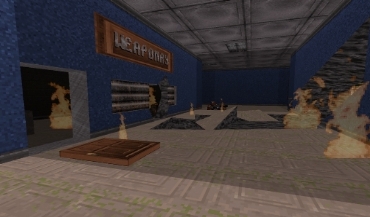