A high-end apartment complex focusing mainly on a couple penthouse suites and the building's lobby. Most of the map is well constructed and nicely detailed with a good amount of furniture and furnishings, and plenty of knick-knacks and other ambient eye candy.
The level does suffer from any decent amount of shading and several smaller rooms and hallways lack in trimwork and a variety in textures which makes them dull, redundant, and flat. The floorplan flows in a linear fashion where the player enters a large semi-open area via one door and leaves by the only exit door. Other than some bathrooms, storage closets, and a bedroom there's not much deviation off the path.

Game play is a card hunt. That in itself isn't too difficult due to the lack of puzzles, but the apartments and lobby are packed with pig cops and troopers. The level is pretty much a full on assault and heavy fire fights the entire time to gain ground. The first few apartments are pretty challenging, but by the time the player reaches the lobby they'll be loaded down with firepower and stacked with health; especially if a few of the secrets are found. 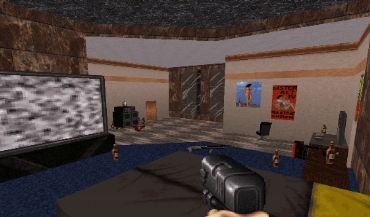 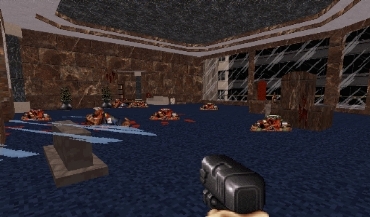 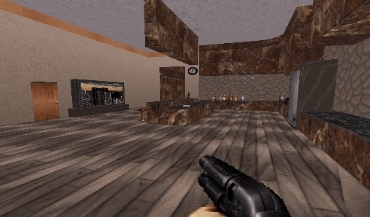 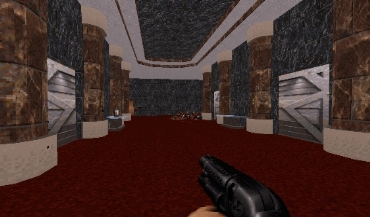 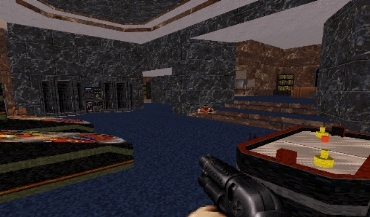 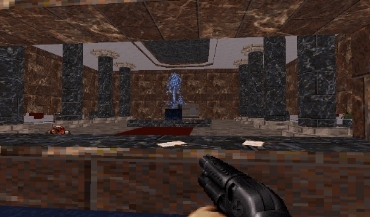