A huge fortress base styled map.
The design is decent, but architecture, trimming, and detailing are hit and miss from section to section. Shading can be spotty in a few locations and some of the texture choices are a bit questionable. The layout is open and the player can explore in most any direction until stopped by a key lock. One of the blue keys is hidden in an out of the way section that may require a little extra exploring, but not so obscure that it causes undo frustration.

Game play is based on key cards and switches.
The layout is presented in a series of branches; one which is locked and the other contains the key, so navigation is minimally difficult.
Initially the player starts out barely armed and must survive several engagements until the arsenal is increased. After that point ammunition, health, and weapons are found in abundance and the aliens are easily out-gunned. 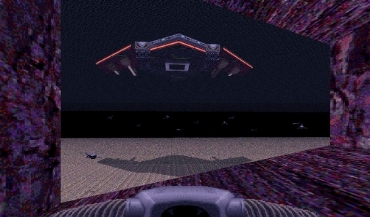 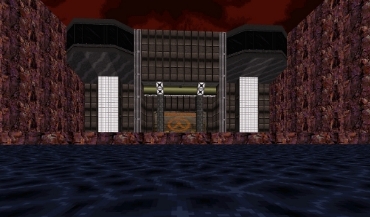 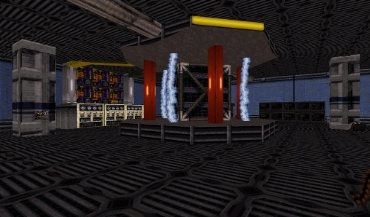 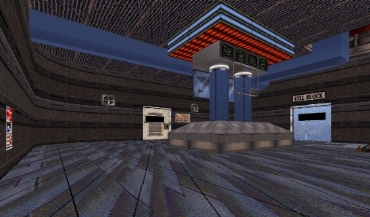 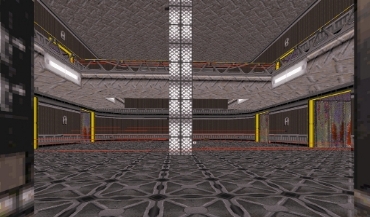 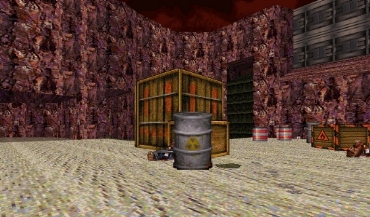