A canyon styled map.
Duke starts at base camp on the open valley floor with the objective of summiting the nearby mesa.
To do this the player must navigate around the mountain base ascending up ramps, traversing rockslides, and navigating along terraces loaded with stacks of crates. I have no idea why the area is loaded with crates, there's nothing around but cliff faces. Maybe this is where the term, "box of rocks" comes from.
Moving through the map is fairly linear, but there is the option of gaining the next level up the mesa by either taking a lift or climbing up rock piles. Most locations are pretty wide with lots of room to maneuver; you'd either have to be pretty clumsy or very unlucky to fall off the side of the mountain.

The theme of the map is to move from start to finish and live to tell about it.
There are no puzzles to solve or locks needing keys searched out; just surviving is all that's required. As the player travels through the map they'll encounter wave after wave of enemies; each progressively getting harder with more numerous and tougher aliens, until the finally is reached which will put some hair on your chest (regardless of age or gender).
Supplies are strictly limited. There are only a few weapons available, and a meager amount of bullets and health are doled out between each wave of resistance. If you're lucky, the bad guys will drop some ammo for you to collect; if you're not so lucky then I hope you invested well in running shoes. 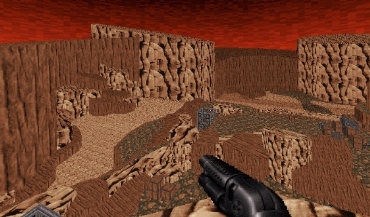 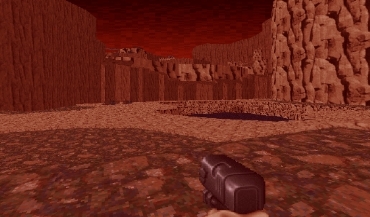 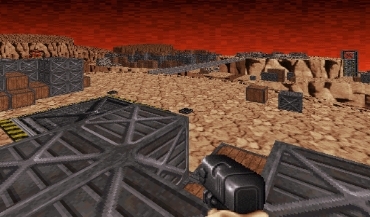 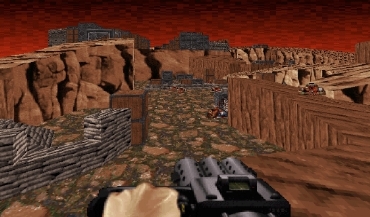 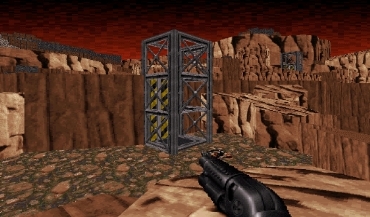