Another space station, another alien take over. Well designed and constructed; good texturing and strong shading with lighting effects lends to a nice abandoned atmosphere. The floor plan is pretty extensive, which is nice for exploring, but can cause some uneventful backtracking through long corridors, and the loop back accesses usually put you away from where you need to go.

Game play can be pretty challenging. There's just enough health to get by, but the difficulty arises from the minimal ammo supply. There are several weapons available, but stashes of bullets are few and far in between. Unless you happen across a couple of the secret areas or the baddies are nice enough to drop alot of supplies, you may find yourself in the position of having to throw rocks at the aliens (it's a space station, there are no rocks). There are keys to be collected, but they're not too far from the locks and the linear progression should make it easy to navigate without the need for view screens or clues. 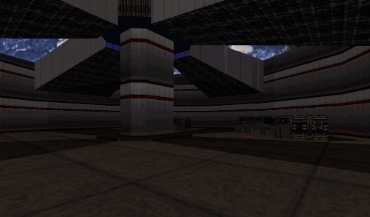 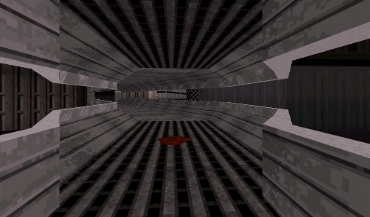 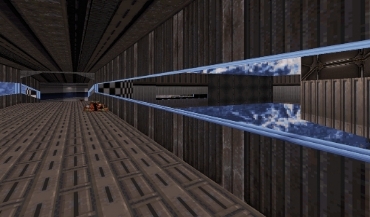 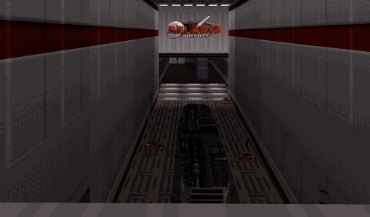 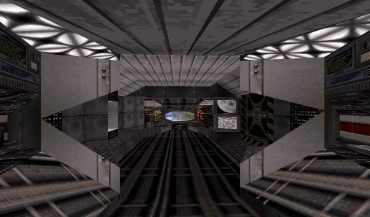 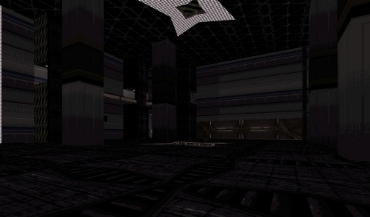