A city styled map. The level is short and simple; from its construction to its layout and design. It consists mainly of a few buildings like a jail, grocery mart, apartment, a club, and a couple street sections.
Architecture is simple and blocky, texturing is dull, redundant and mundane, and shading is minimal at best. Most of the map is devoid of any architectural decoration or detailing of any significance. The few areas that have effort put into their surroundings end up being cramped and difficult to move around in. With limited usage of ambient sounds and plain open areas the map seems very empty and static.
The layout is pretty much a linear path from start to finish. A few sections have little side areas to explore or a building to enter to complete some minor task, but nothing deeper than a room or two.

Game play is basically navigating from point A to point B. There is a switch or two and a key card to find, but they seem like minor add-ins as an afterthought. The one puzzle involves getting a jetpack to fly up to the sill of a building. The button to get the jetpack is surrounded by a force field and the player is supposed to find a switch to drop the field. Unnecessary due to poor designing; the switch to get the jetpack can be hit without having to drop the field. Those not attempting the speed runs should go look for the switch anyway just for the additional action.
Combat is pretty standard head to head engagements. Most aliens are lumped in clusters around major junctures and locations. The rest of the map is uninhabited and the only spawns are those to guide the player to where the jetpack is stashed.
The weapons provided are pretty basic, but nothing more is really necessary. The ammo count is fairly high, but the health items are scarce and sparsely spread around which creates the only challenge in the map. 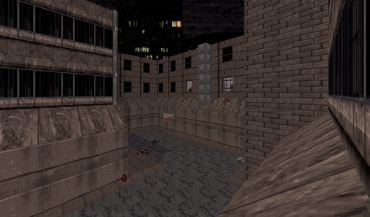 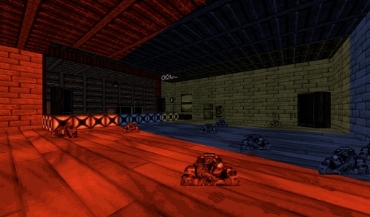 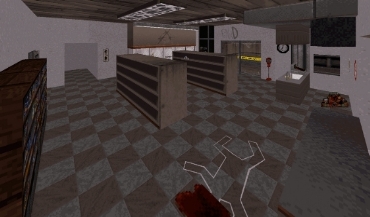 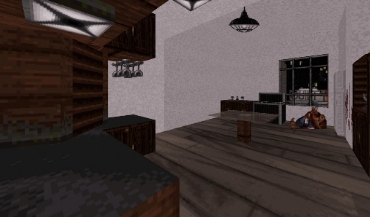 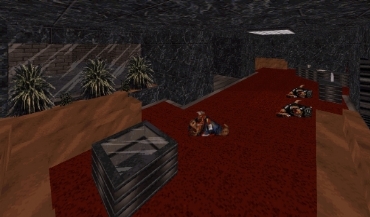 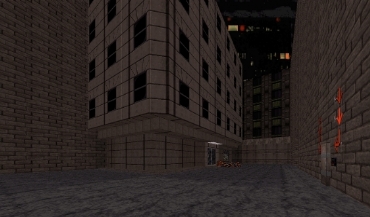