This map was originally ment for Doom II.
Then Bryant converted it into Heretic before Hexen and finally into Duke Nukem 3D!

Bryant used (?) to be an audio mixer at Post Logic Studios in Hollywood. What a shame that he didn't stayed with mapping...
The map is a rendition of the above mentioned studio in Hollywood ( Hollywood Holocaust :)....)
Design is very good with a lot of focus on architecture. He also had a lot of help from Ko Maruyama with making lots of new textures attached in the ART file.
Shading / lighting is also well taken care of.
Gameplay is a usual keycard hunt. The blue card might be a challenge to get but as soon as you've got it the rest of the map is pretty forward alien ass kicking.
You'd encounter a battlelord on your way but he is locked up...Dunno why...
A few nice puzzles are thrown in as well. Just remember to save before you jump into something...
Health / ammo ratio is more than enough ( especially if you find the secret areas).
It's well worth some 15 minutes of your life! 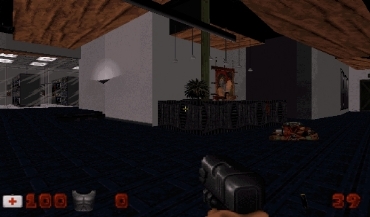 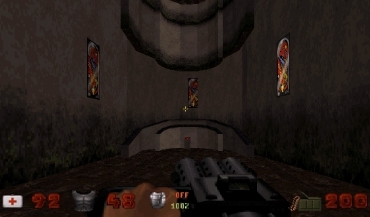 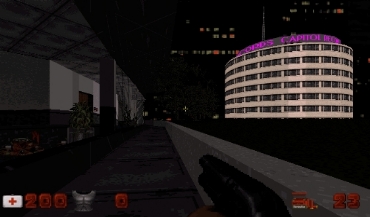 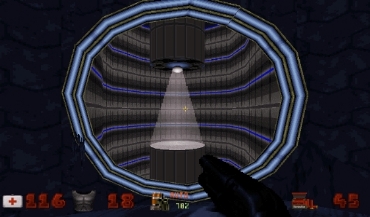 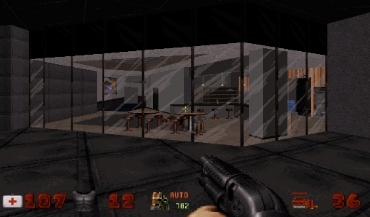 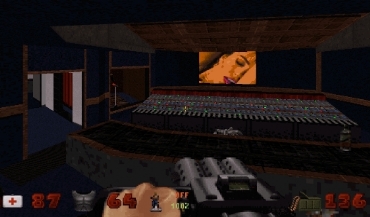