Plunder & Pillage is a demo version. It's also a TC with new graphics, sounds, music and weapons.

The version 1.0 contains two playable maps.
Version 1.1 contains an upgrade of the two levels and one bonus level.
You start off as a pirate docking into a small village on the coast. As a pirate you must look for supplies and rum!
Look around for a bar and then head for the castle and baileys.
The design is on the average with nice environments on the outside areas but boring constructed insides. Lots of empty rooms it is.
All weapons, ammo and healing items are converted and gives you a "pirate" feeling.
Shouldn't take an experienced pirate more than 15 minutes to plunder the village. 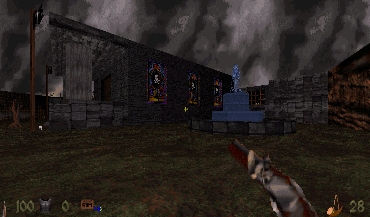 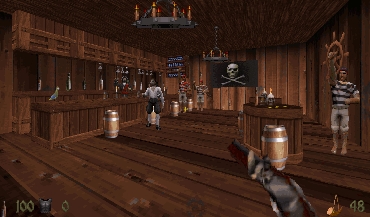 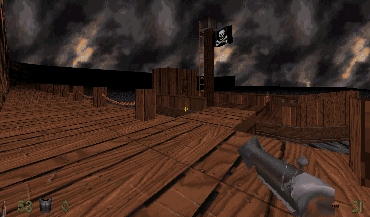 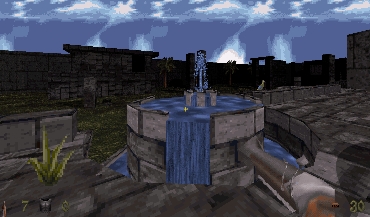 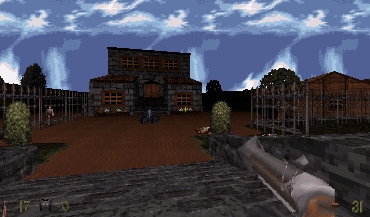 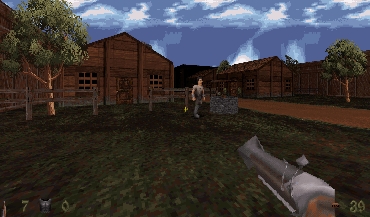