To install it's best to copy your duke3d files to a new clean directory. Run the pyp2000.exe file and select the appropriate duke3d directory as the destination folder. Run the install.bat file. If you have the atomic version of Duke3d, run the inst1415.bat file. Run Duke as normal. If using eduke32 with Atomic Edition and you receive a message to use internal con defaults, exit and replace the original cons with the fixes in the provided zip file.

A total conversion that includes new art, sounds, music, and weapons.
The TC consists of five maps, each led in by a briefing map, and one secret level.
The briefing maps are basically a conference room with some text on a projector screen that explains the background behind why the aliens have taken over certain facilities. The four main campaign maps are military bases or government laboratories and must be cleared out of the alien scum in order to thwart their plans.
The secret level is a city map with a street, bar, and subway station. There is also a "final" level that is an urban rooftop boss fight, but you need to do some editing on your own to include it in the episode.

All the campaign maps are of small to medium sized and are of the key card puzzle variety.
The construction is well done for the most part; aside from some cramped indoor areas the maps are well detailed, shaded, and very atmospheric, but the premise of going to one side of the map to retrieve a key card and experiencing uneventful backtracking is almost as bad as using said key card to unlock a door merely to walk into an area one or two rooms deep to get another card that basically all you have to do is turn around to use it. At least the scarcity of ammunition and health keep the combat aspect of game play challenging.
Contrasting to all this is the excluded boss map; very simplistic, under detailed, and rather dull. Probably unfinished and thus not put into the episode, but included for curiosity's sake. 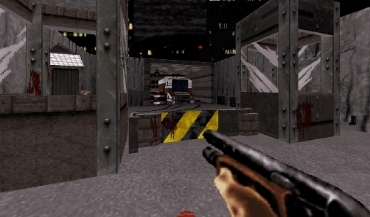 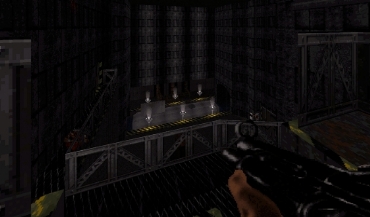 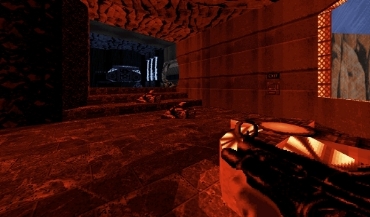 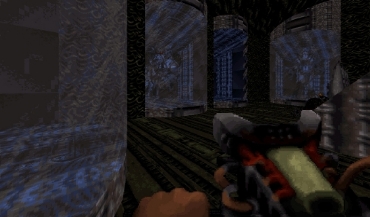 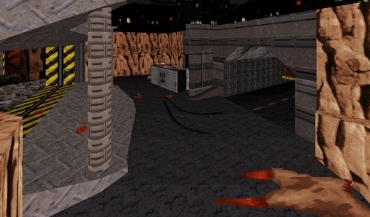 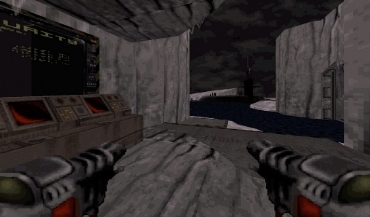