A high tech base with a time machine, of course it's been taken over by aliens.
The initial design is interesting as there are two "time" sections to the map with pretty much the same floor plan. There are some differences and you may notice things that are opened in one "time", but hidden in the other. This wears off after traveling back and forth several instances and exploring the same thing over and over.
There's some good strong shading, but texturing, detailing and architecture is sporadic. Some rooms look great; others are very unadorned and plain.

Initial alien contact is decent, they're evenly placed and the arsenal is not top heavy until it needs to be.
Game play is a key card hunt between the two mirror sections of the map. You may have to go to one "time" to get a key for a lock in the other "time". With no respawns to maintain the action, this can get a bit dull.
To add to the frustration, there are no clues or hints as to where to go or what unlocked, so you may spend quite a bit of time holding a red key card and not finding the lock to use it in until you discover which door unlocked to let you into a new area to use it. 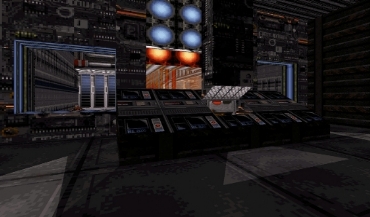 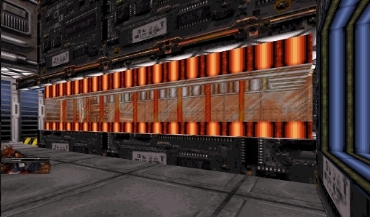 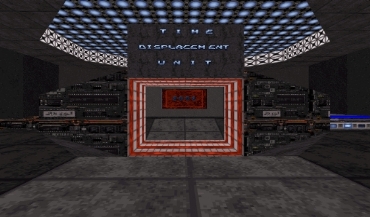 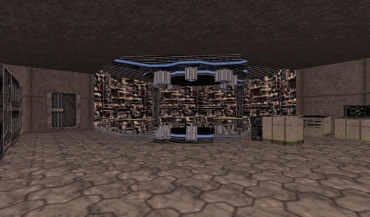 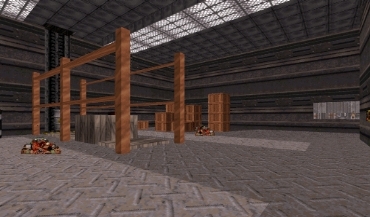 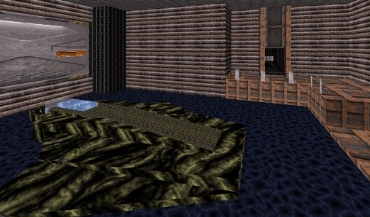