After escaping from jail Duke must get back to the prison facility and nuke the place.
A medium sized map set around the mentioned prison and the surrounding outbacks. There is some caves to explore, some mountain areas, creeks and lakes.
Design is what you would expect from back in June 1996. Even though the author has payed some attention to shading / lighting and even the ambient sounds.
You might encounter some dead ends with no escape so be sure to save before jumping into something.
You'll get more than enough weapons and ammo (was this map planned to be a part of an episode?)...
It's also plenty of health scattered around.
10-15 minutes of prison breaking. 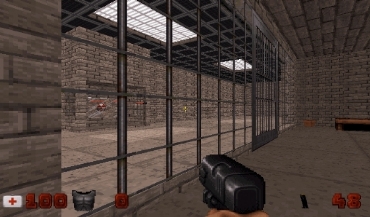 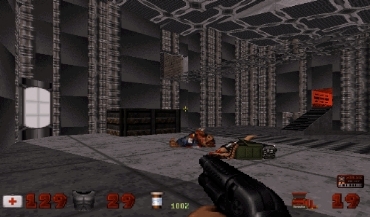 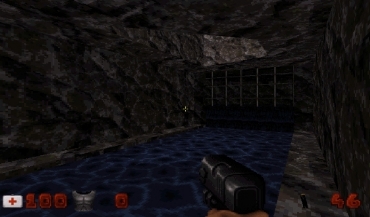 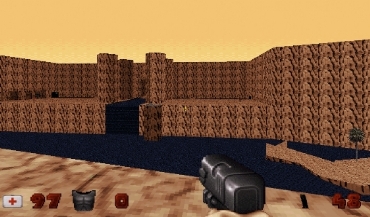 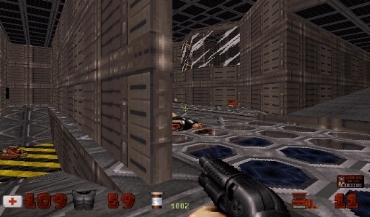