Promise is a new entry from DannyFromNewOrleans, who has published quite a few maps during the past 3 years. Despite being published in August, the map has a strong Christmas theme, which provides for a nice relief from the hot weather (at least according to the Author himself). The map also comes in 2 variants - day and night, although the only actual difference is changing the sky texture, even leaving the shading values the same. Regular or "day" version uses a nice orange sunset sky, while the night one uses a starry sky, albeit the one that is kind of stretched (making the same mistake I did nearly 2 decades ago in Alex City). It is interesting to see how the mood of the level changes between these 2 versions, in my case I played the sunset/daily one.

The map is quite large and will provide a lengthy quest to finishing. There is a somehow open gameplay, as you are required to bring 3 gifts for your girlfriend (who is apparently Lara Croft) from various locations around the town. These can be collected at any order (although it is important to notice that due to a bug, the red "gift" - or keycard - has to be input under the Christmas tree as the last one). The map is filled to the brim with monsters (about 230 on Come Get Some), but the combat doesn't get unfair at all - in fact, it presents us with some quite nice and clever encounters, especially with some Battlelords pinning you down in a couple of buildings.

The layout of the map is very clearly divided into 2 large street parts (and a 3rd, smaller part, closely connected to one of them), which are connected mostly through 2 routes that lead across different buildings. This works good in enclosing quite large gameplay area, but might also make it a bit difficult for navigating. We are required to visit bookstore, supermarket and gun store, although there is many more amenities which are more or less typical for a Duke map. The notable thing about the map is the fact that a lot of these other locations can be completely avoided, as some provide alternate routes or are just there for extra supplies or secrets.

Danny is known for a classic and clean design, which this map is a very fine example of. There's a lot of neat, contrast shadows (with a particular fondness of showcasing a light coming through semi-closed swinging doors), mostly these of larger scale while omitting some lesser details (which is what the original game also did). The map could maybe use some more wallshading for improved depth. The use of textures is quite careful - there's your usual city stuff with some more originality and variance, everything seems to be aligned very diligently. Using different textures for snow on the roads and pavements is a particularly clever move. Also all the Christmas decorations, spread around the level, are quite original - from Christmas trees and lightbulbs to a cool little snowman - and greatly increase the mood.

There is a total of 9 secrets in the map, some of which are quite well hidden or difficult to access at all, with one particularly unfair that basically requires checking how to access it in Mapster. Nevertheless, the openness of the map feels very inviting for exploring around and looking for these secrets. The level is generally a very fun and entertaining experience, without much to complain about. 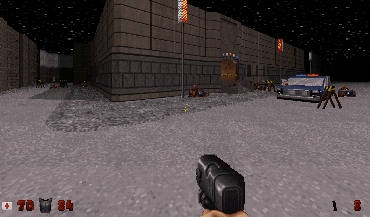 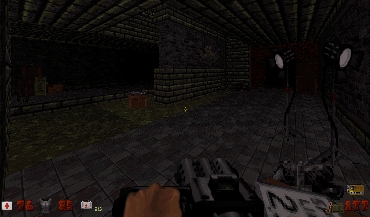 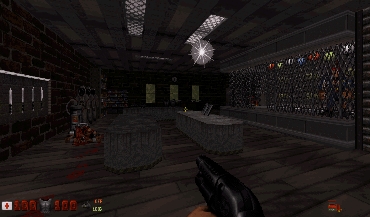 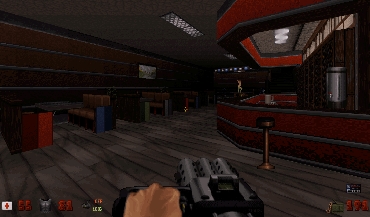 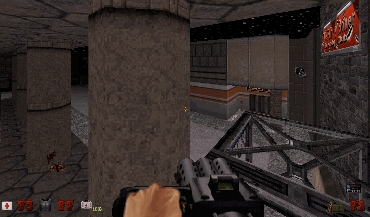 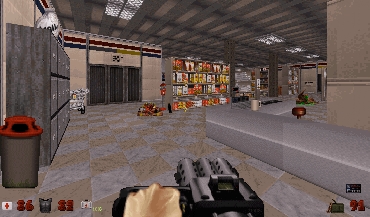