A space station that's been partially destroyed and being turned into an alien hive.
Locations are pretty standard and include control rooms, a conference room, a storage bay, a small craft launch bay, crew quarters, power generation rooms, lots of corridors, and an extensive ventilation shaft system. There are view ports to see outside to observe other portions of station that are partially destroyed and burning. This helps with depth and atmosphere as a good portion of the time is spent wandering around in stuffy little hallways.
Progression is very linear with some short distance backtracking on a few occasions. Some locations suffering from being too cramped and even corridor stairwells may require crouching to get through.

Game play is a key card hunt. Due to the extreme linear nature of the design there is little difficulty in locating keys and locks. There are even a few view screens near some of the switches to help along the way. Some of the puzzles contain an annoyingly large number of buttons and no obvious clue to their solution which really slows down the flow.
Combat can be pretty tough at times; there are some behind the back spawns and several difficult fire fights in restrictive areas. Initially the going is pretty challenging due to the limited arsenal, and supplies of health paks and ammunition are very thin. It helps a lot to find some of the secrets early on for boosts in fire power and hit points. Even though there is a ton of health and ammunition later in the map they're usually lumped in one spot and what's collected has to last until the next stash is found. 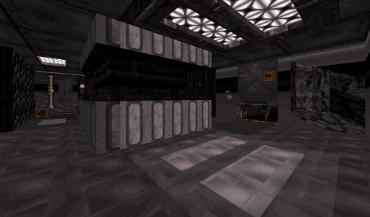 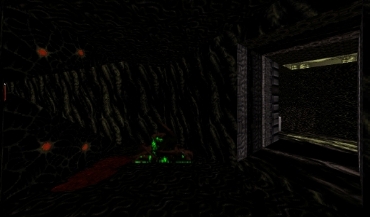 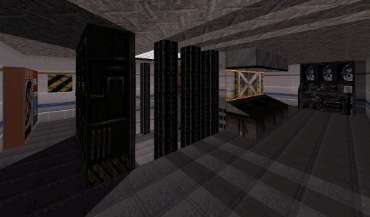 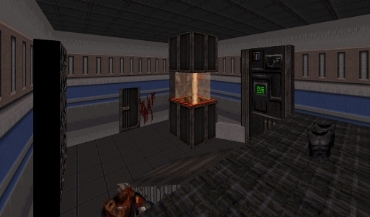 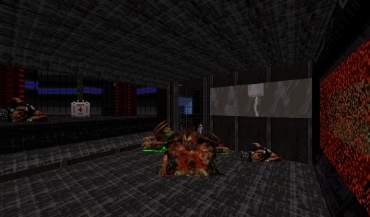 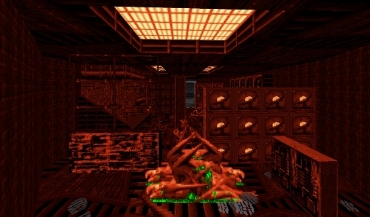