The author used to be a Quake fan. He started to build four maps with some Quake themes. It turned out that he had bitten off more than he could chew (sounds familiar...?), so he merged all four of 'em into one big level.
It's supposed to be Dukematch but the level is quite big as I mentioned.....be warned.
In single player it's quite fun after all. There is tons of monsters to deal with so you're not bored.
Design is, as mentioned, inspired by Quake. You'll be facing a starting point with four doors to choose from. As soon as you enter one of 'em it closes behind you leaving you no other options but to proceed until you find a way back to the junction. Gather the mandatory three keycards, throw switches to unlock new areas.....and so on.
Finishing it off with a boss fight.
There are tons of everything and supplies is also spawning here and there so you'll never run out of steam.
A fun experience that would consume at least 30 minutes. 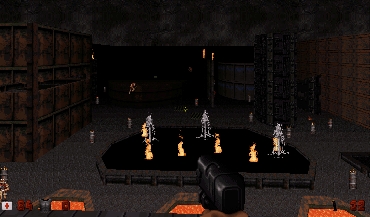 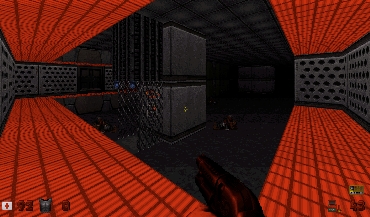 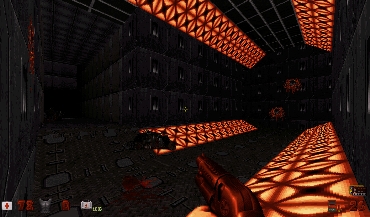 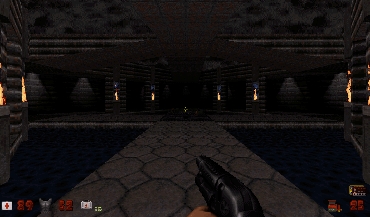 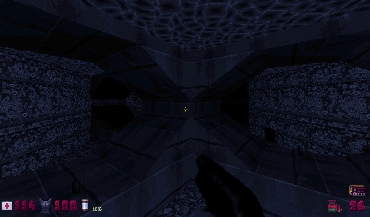 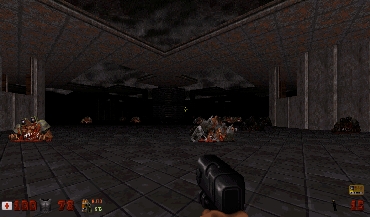