A city styled map.
Duke starts out in a treatment facility consisting of several industrial styled rooms with pools of sewage. Then it's on to the outdoor areas that are made up of two main city block sections.
The first consists of park, an apartment complex, a sewer, and a lobby to what appears to be a movie theatre. Clearing that section gains access to the second city block locale that has a grocery store, a rooftop, and another convention center-office styled building with a duel lobby.
Construction is pretty solid, well detailed and trimmed, and things look worn and dirty.
The indoor sections are basically linear in then back out affairs while the streets are wide open for running around freely in large loops.

Game play is a key card hunt.
A couple of the keys and locks are stashed in not so obvious places, but they're not off the beaten path and can be located without much difficulty. There's only one switch that causes progression problems. Unless used from the correct angle it will shock the player. More often than not that indicates a fake switch and the player usually just walks off. Progression issues will arise if this switch is not activated resulting in the player getting stuck inside the sewage treatment facility.
The best strategy is just to kick at any switch that zaps you just to make sure it's fake.
Enemy engagements are pretty tough. There's a plentiful distribution of ammo and health, but it's scattered widely around the level and you have to survive long enough to reach it, and unless you find the secret areas you'll be left with nothing but a few basic weapons.
The aliens are quite abundant, with foes on the ground to keep your attention while assorted snipers shoot at you from varies windows. Couple that with numerous respawns and the action is pretty consistent and challenging. 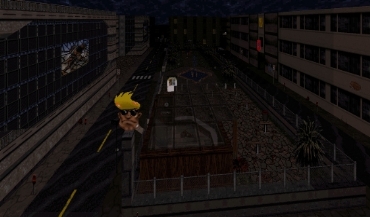 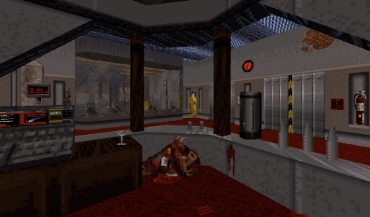 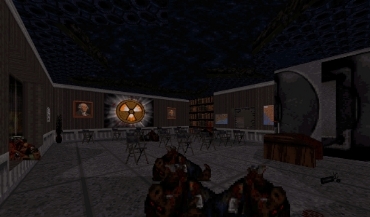 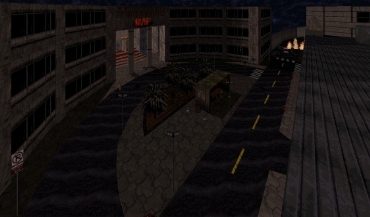 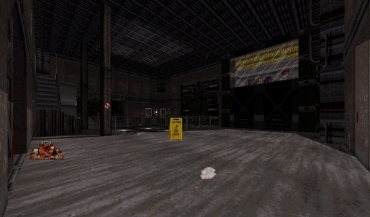 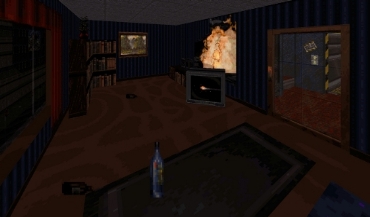