A mix between urban surface areas and EDF undersea like installations.
Most of the level consists of taking trains from one section of a power generation station to another section with a different style of a power generation center.
In between the player stops off at an ocean front hotel for some pillow mints and out the back door to an IMF office building to flush themselves down a toilet.

The majority of the construction consists of numerous cramped corridors and narrow hallways with a few small rooms. The bases are all rusty metal style with heavy handed trimming and panels that look out at underwater views.
The hotel and IMF building are similarly constructed; just remove any trimwork and replace viewing panels with windows that look out onto the street. With minimal detailing and triwmwork coupled with narrow passages textured in dull colors, the map feels very oppressive and claustrophobic.

Looks and combat are secondary to the build tricks used to create effects and puzzles.
A couple examples are the teleporter styled train that doesn't use a track, a one switch multi-floored elevator, a changing switch puzzle combination, and a timer that determines the path the player will take at the end of the level.
The train and elevator are neat effects, but the floors are visual catastrophes and the rides are very bumpy and jumpy.
Navigation in this map is pretty much a straight shot with little deviation to the path unless the player intentionally rides the elevator to the floors out of order.

Game play is mainly puzzle solving.
There are a couple key cards, but these could have just as easily been replaced with switches or other puzzles since the keys and locks generally are pretty close to each other.
The puzzles are pretty innovative and most are self-explanatory, but there are a couple that are incredibly difficult to figure out, even with minor text clues and view screens provided nearby.
Depending on how long it takes the player to reach a certain hub will determine which path and which puzzles they'll have to deal with. So one time the player can take their time and enjoy the scenery and ponder at how things were made the first time.
The second time through they can try for a speed run, and each attempt will reward them with a different ending path.
If you get stuck I highly recommend reading the accompanying guide text file, because if you don't get it in the first couple minutes you're not likely to figure it out without help.
There are enemies, weapons, and supplies to provide some action, but these seem more like speed bumps that get in the player's way between the puzzles and on the way to check out the next special effect. 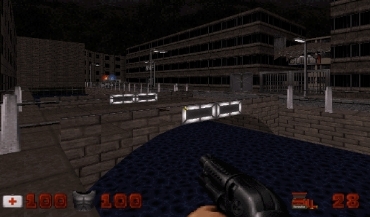 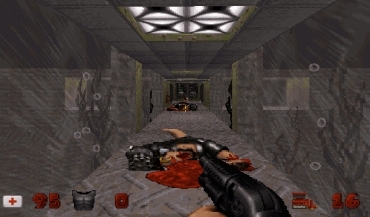 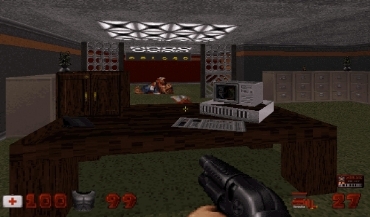 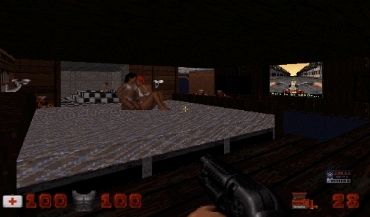 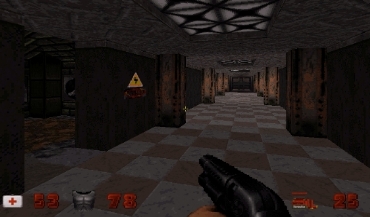