From a new author, Paul Bolduc comes classic & vanilla-style map taking place in Redcliff Police Department as author himself tells us.
Duke is taken over by aliens (or Aliens, as author describes) & Duke's objective is basically to get to the rooftop of the police station where the rescue awaits & and manage to get out of the place (as author also describes).
Author also mentions that things are not going as planned, but as we all know, that's not going to stop Duke from kicking some hairy ass.

Being author's first publically released map it surely stands out in many different ways, both design & gameplay-wise.
In short, design & gameplay are outstanding. On the side of design it's delightful to see interconnections between different locations like in the original game.
There are many interconnections in the map, but author has managed to pull them out pretty much flawlessly, so they aren't too complex & don't matter the gameplay.
The map quite nonlinear, because you can choose where to go first. This kind of solution makes the gameplay lot better. Speaking of that, gameplay doesn't feel annoying at all, thanks to dynamic feel of the map when everything explodes or moves. You won't know what's coming next until you are near the end of the map.

Item/monster placement also works & you surely won't run out of ammo any time, although there might be too many shotgun ammo packages laying around. Now shotgun's getting a total overdose, but this hardly nags the gameplay.
Design isn't all about good layout, though. Visual presentation is also very good & may occasionally remind you about the original levels of the game made by Levelord. It is so wonderful. Visual side of the map may still suffer the most in terms of trimwork and lighting. At times, both of them are in the depths of paucity or even missing, but fortunately good texturing saves the day, you might not even pay attention to those visual flaws.
The visual presentation will get your attention & will most likely please you & also get to the mood of the map. This is where the atmosphere comes in & it's the most wondrous aspect of the map. You actually feel like you are playing one of the original maps of the game, albeit more complex one.
Familiarity is the key factor here & pushes you forward, being the whole beauty of the map.

In conclusion, the author's first publically released map is outstanding, no matter which angle you look at it.
The map limits itself in original style like in the original game, but it actually makes this level better. You feel yourself familiar with it while it still manages to offer something new.
The map is a pure gem, so take a gander, like Kim has said.
Score: 94 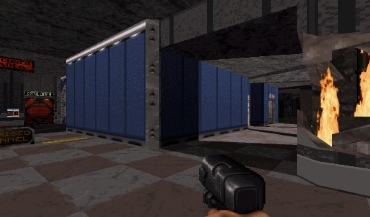 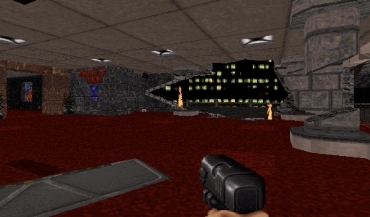 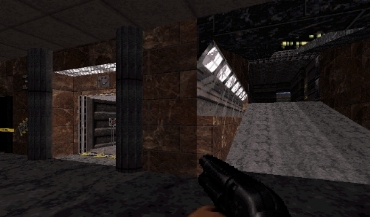 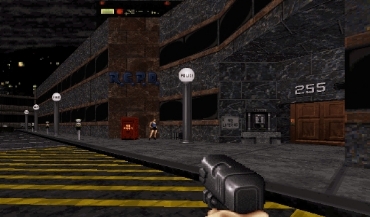 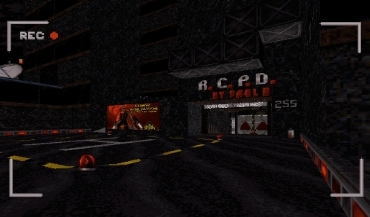 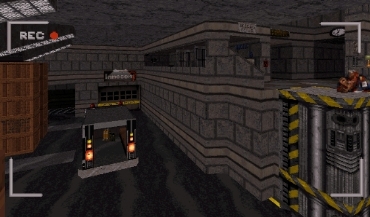