Duke's car has broken down out in the middle of nowhere between Las Vegas and Las Angeles.
For an unknown reason the aliens have taken up residence in a small desert town (probably in order to avoid the crappy f*cking traffic in both those cities).
A small desert canyon map with a few rundown buildings on the outskirts of a ghost town. The map is pretty basic in almost every aspect of construction. Objects are oversized and blocky, trimwork and shading are almost non-existent, and detailing is sparse and bunched together in a few rooms.
For all its simplicity, the layout is well done and the map progresses fairly evenly.
Weaponry is very limited and is acquired at the same time as the aliens get a bit tougher.
Health and ammunition are sparse, but just enough to get by making the map at least a little suspenseful.
Since there are only a few locked doors it's not hard to figure out what opened after the semi-hidden button is found and shot. A view screen wouldn't have hurt though. 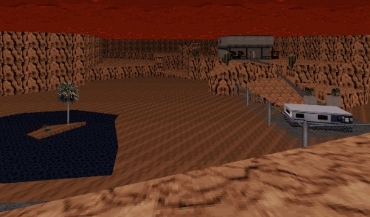 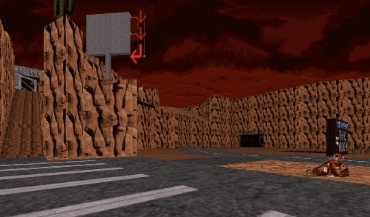 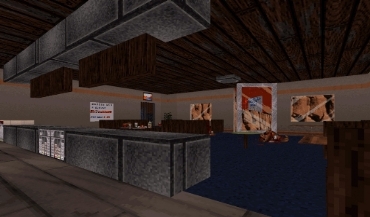 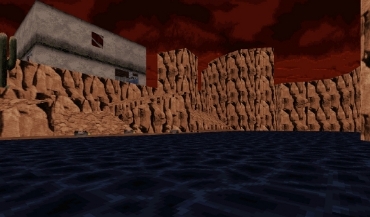 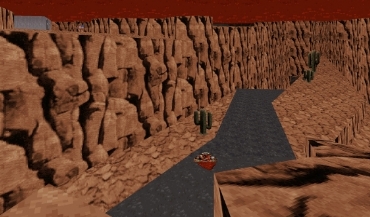