Dual review by Forge and Sanek

Loosely based on the original Redduke: The Long Road , Merlijn decided to give one of his first released maps a face lift to match the quality of his later Red series levels.
The similarities are there; the gas station, the original road that drops down into the valley, The Rock restaurant, the creepy house, but most have had serious facelifts or have been relocated and completely rebuilt from the floor up.
Vast improvements have been made to the architecture, detailing, and opening up some of the indoor areas to give them better flow and make them less cramped.

As in the original the story line is still there and can be followed via view screens in between the action sequences; aside from the alien presence there's a creepy under tone to what's going on out in the desert. The level, the atmosphere, and the action wan and wax like an ocean tide. Duke is under siege from all directions and must make a stealthy and hasty escape ducking behind counters and crawling through caves; then nothing. Quiet. A little too quiet.
Caves and narrow winding roads lead to wide open valley floors ripe for exploration. Suddenly aliens are everywhere and Duke is fighting for his life again.
The level is broken into several sections of open spaces with pipelined caves and buildings in between. There's not a lot of flat ground; rock faces, ramps, slopes, holes, girders, and drop-offs are prominent from start to finish.
Even out in the open spaces navigation is as much vertical movement as it is simply walking around and this really exploits the feeling of making the map appear much larger than it really is.

The map can be played in a couple different styles; either bee-line from point A to point B and blaze through the level, or explore around and reap the benefits of finding little stashes of extra supplies to bolster the ammo and health count.
Either way is suitable to finishing successfully since there's just enough equipment along the beaten path to fight when necessary and leave behind some enemies that may cost too much in resources.

So, after more than 7 years (!) of developing Merlijn, author of more than an impressive Red map series, released a remake of the very first entry.
The level begins in a small shop, which is surrounded by the monsters. This immediately sets the right tone for the entire map - you are in a state of siege, and your goal is to get out of a dangerous place, and then begin to explore the area. This map is fairly easy in terms of playing, despite the limited number of weapons. Enemies is placed quite effectively, and there enough health packs, so you will not get stuck in some places.

In terms of design the map looks great! Merlijn's style has not changed since the release of his latest solo map (Red 5, 2005), and it's very good! In the first part of the map you have to go round in a fairly compressed space (for an outdoor map), but then you find yourself in a huge open area, which is done simply amazing. There are also more worth mentioning places such as a broken bridge, a restaurant and the aliens area.

In general, there are none any shortcomings, except for the general similarity to other maps done by Merlijn. We saw it all in the Red 3 and 5, and even in relatively recent map Clear the Coast.But anyway, Red 1 can be called one of the best maps released this year! Don't miss it ! 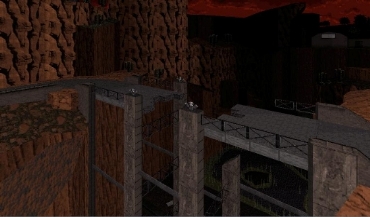 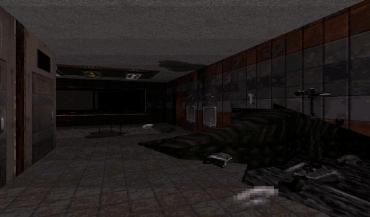 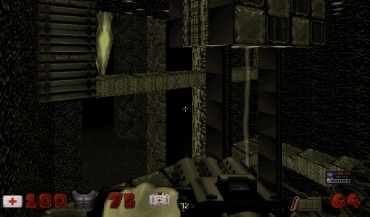 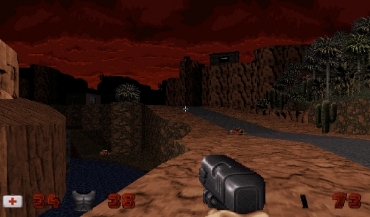 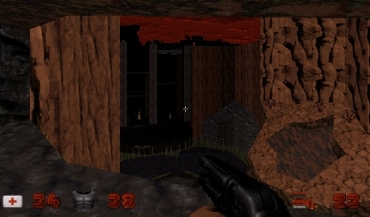 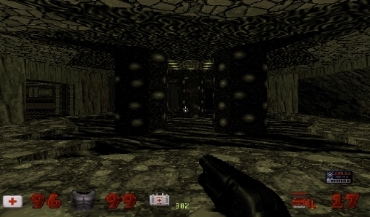