As Duke leaves an abandoned town infested with dark and foreboding aliens, they jump on the ship ahead of him and kill every soul onboard.
The creatures have jammed the controls and set the ship's heading for impending doom. Now Duke must get off the ship before it plummets over a waterfall.
Design wise, the setting fits what the inside of a cruise ship should be, but this means the majority of the game takes place in claustrophobic corridors and cramped rooms.
Regardless of this impedance, it is still well detailed, nicely textured, and there are plenty of ambient sounds to set an atmosphere of urgency.
The floor plan is pretty basic and at one point requires you to run back and forth over the same piece of carpet several times to find out what opened while solving a button puzzle.
Entering and exploring new rooms and creature spawns help alleviate some of the redundancy.

Combat can be difficult at times due to the restriction of lateral movement, so be prepared to avoid missiles in corridors while your shoulders are practically rubbing against the walls.
There's plenty of ammunition, but health is limited until you reach near the end. The map is designed to let you heal up before an inescapable scripted sequence tosses you through a few explosions. This is a set up to see if you can find your way through an underwater maze and out of the ship before you drown. 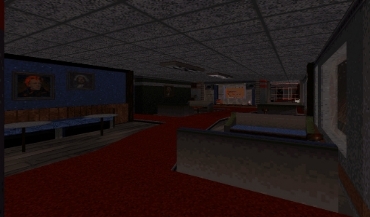 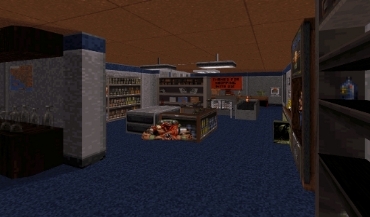 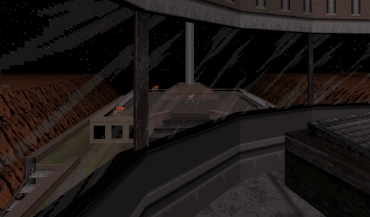 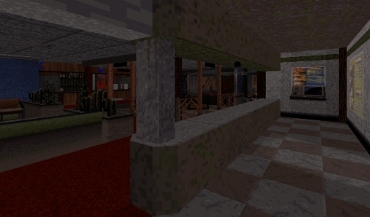 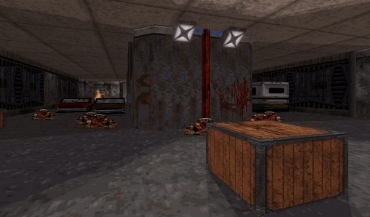 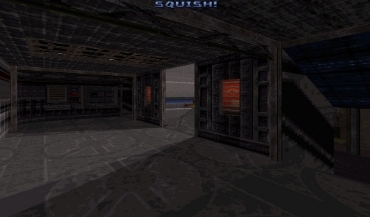