Duke escapes from a shipwreck and infiltrates an alien infested military facility located in a remote desert canyon.
Those alien bastards have intentions of blowing up Los Angeles and it's up to our protagonist to stop them. Will those sneaky bastards never learn?

An epic exploration of a large map with an equally epic and immersive atmosphere.
The layout is well designed and logical which creates a smooth flowing and easily navigable map.
The environment is constantly shifting from outdoors, to military base destroyed, to military base creepy, to military base modern and new.
Each section is unique with excellent trimwork and architecture, superb detailing and texturing, and with strong shading enhancements.
A great selection of ambient sounds and the special effects caps off an environment that keeps you submersed in the map and in a heightened state of awareness.

Gameplay can be challenging because of the unexpected combat situations. It's not in the typical spawn behind the player crappy ambush method, but in the style of: "...this appears to be a nice quiet room, let me take a look over...ohshit! It's full of aliens!" Surprise! You're screwed!
There's plenty of supplies to accommodate for this, as long as you exercise a little caution and don't go blundering through the map like a drunken bull.
The only negative about this map is the silly need for there to be a toggle switch puzzle right before the bridge/skywalk with an unnecessarily large number of switches and no clues for the combination.
Be sure to keep your eyes open for stashes of equipment, they'll make life a little easier; it's all about exploration and situational awareness. 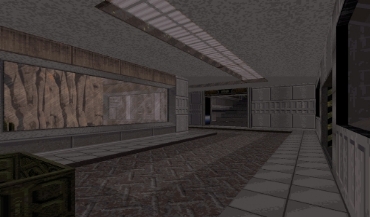 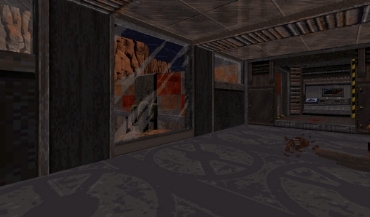 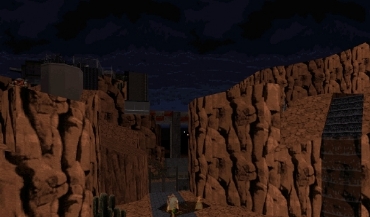 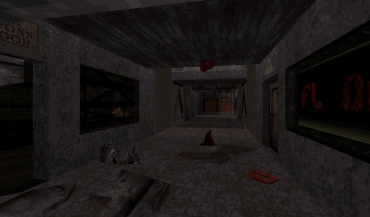 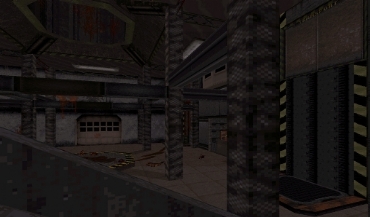 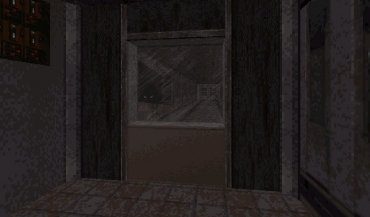