A large map with an extensive layout centered around a mansion taken over by Nazi-aliens.
The map includes new art and sounds, but unfortunately these aren't enough to offset the lack of shading in the indoor locations and minimal detailing throughout which cause the ambiance and depth to suffer.
Design wise the map is solid, but limited trimwork does give the level a blocky feel.
The theme centers around an epic key card hunt. Even though navigation is fairly linear, the wide ranging floor plan will lead the player through many corridors and passages in search of the objectives. A major unfavorable aspect is the lack of a view screen to indicate where to go after collecting the jetpack. A clue to help you out: if you leave the control room via the main hallway, you're getting "colder" and you won't find a place to "operate" your jetpack.

Game play is very balanced in respect to the weapon/alien/health ratios.
There are some of the more damaging weapons available, but ammunition for those are limited, and health is sparsely distributed to keep the life level hovering between half and max for a good portion of the map.
There is one puzzle that requires a timed jump in front of a shrinker ray in order to get through a small air duct. If it takes you several tries it can get annoying and really slow down the flow of the game. 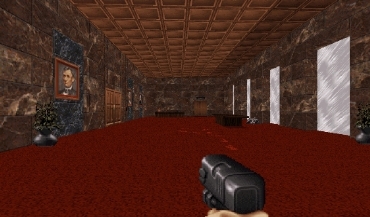 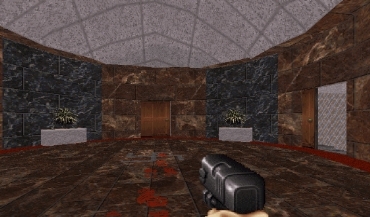 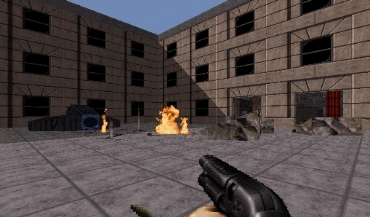 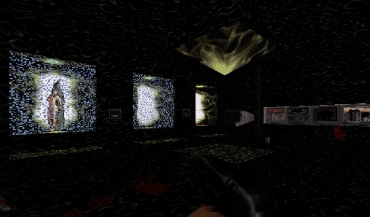 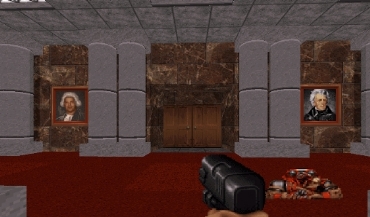 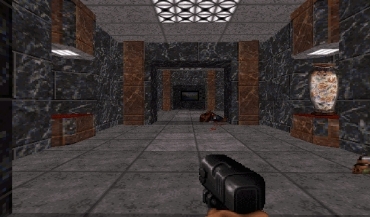