This level requires Pray your Prayers 2000 to play properly.
A military laboratory styled map.
The level includes the usual locations for this theme; various control rooms and cloning tanks, but also has an underground submarine base. Aside from the well-lit outdoor section the majority of the map takes place in gloomy, dark rooms and corridors offset with colored lights to enhance the foreboding and high tech aspects of the ambiance. The only thing missing are the appropriate amount of sounds. There are some, but not as much as there should be.
Construction is pretty solid with nice spritework, architecture and plenty of trim work.
The layout is hub styled with a large main corridor acting as the center point and three primary branches radiating out.

Game play is a key card hunt. Unlock doors and explore branches of the base until the submarine can be found and boarded to make an escape.
Combat is specifically based around the weapons that are included with the TC. The guns are given out at intervals with minimal ammunition immediately prior to alien encounters where they're going to be most effective. Focusing on this aspect greatly enhances the enjoyability of the battles when more than only a couple firearms are required to get through.
Healing items are a little more abundant than in the original TC; you'll take a few shots in some of the heavier fire fight scenarios, but there should be more than enough colas and paks to keep you near the upper end of the hit points scale. 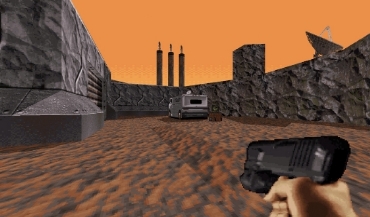 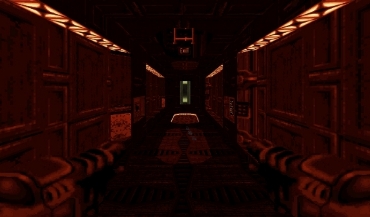 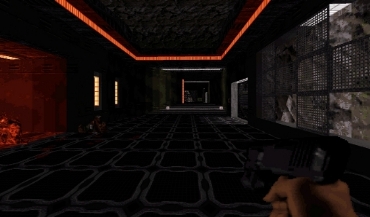 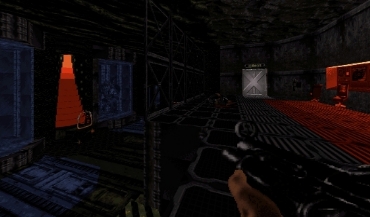 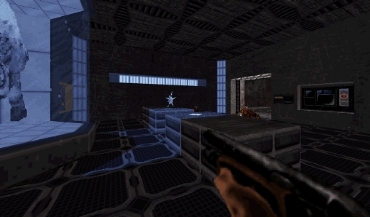 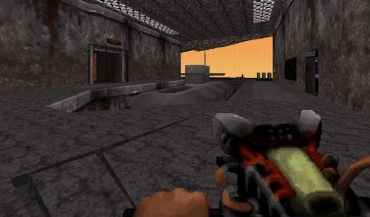