An arctic base styled map with several grey bricked buildings located in snow blanketed, icy canyons.
There are several large outdoor areas, a few restrictive indoors locations that are a mix of modern day base facility and partial alien infestation. Also there is a small section of narrow underground natural caves that have the beginnings of an alien hive.
Construction is average; the texturing and sector shading are well done, but blocky architecture, the lack wall shading, and minimal trimming make everything look flat.
The layout is very linear with no complexities or variations. A start to finish navigation with no side deviations.

Game play is mostly moving from point to point while combating aliens. There are a few key cards, but with the limited floor plan they seem to play a minor part. Restrictive indoor locations and invisible walls limit lateral movement which can cause slight difficulty when engaged in combat and trying to avoid the many triggered explosions.
There are only a few weapons available and just enough ammo and to handle the enemies, so watch the bullet count.
Very little health is lying around and it's usually placed after each major building or section is cleared.
You can also manage to get yourself stuck; the amount of pipebombs is limited and if you use them on enemies instead of the intended wall cracks you're trapped. 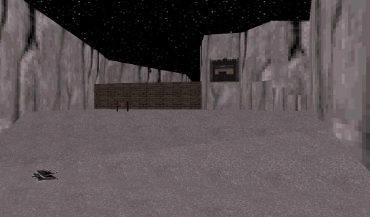 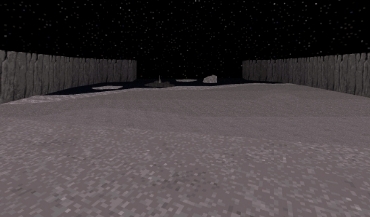 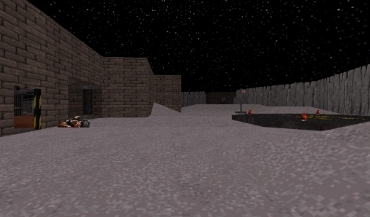 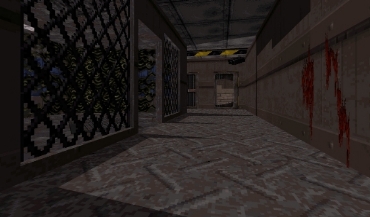 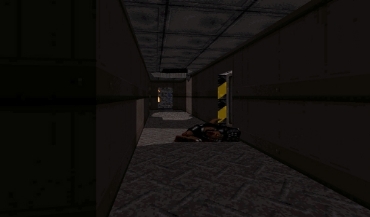 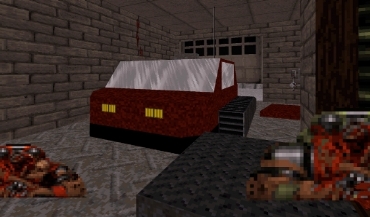