Review by EmericaSkater on December 11-2011

Loke delivers once more with this short, but enjoyable and INSANELY well-designed urban map. If you're expecting the same kind of focus on level-progression/gameplay that you got with Desert Storm, you may be in for a bit of a disapointment, but then again, you may not; there's a strong chance that you'll wind up getting mowed down by the negliglbe amount of enemies at least once because you were too busy gawking at the map's near-flawless level of detail.

Aesthetically speaking, I really don't think urban map design can get much better than Retaliation. There's VERY heavy emphasis on texturing and trimwork, but it never gets to the point of being excessive, as it's bled out between some well-designed spritework, and a few of DN3D's newer TROR tricks.
In terms of gameplay, the map doesn't really offer any surprises.
There are only a handful of enemies, and their placement is pretty straight-forward, so don't expect much challenge. This is forgiveable if only for the fact that it doesn't appear to be the map's premise anyway, but it also serves as potential since this could be the picture-perfect introductory map to DN3D's newer users (should there ever be any).
No chance of insurmountable difficulty, but design at its very best, and a decent showcasing of eDuke's newest features.

It's short. Too short for the potential it has.
Loke has invited other mappers to add onto it if they have the impetus/motivation to do so, but ability is the biggest obstacle for that; it would be very difficult for another person to expand Retaliation and still make its design look consistent with what Loke originally built.
Mappers like him aren't exactly a dime a dozen, and even for a veteran mapper, trying to build something that would do Retaliation justice would be a pretty intimidating task.
Apart from this, Retaliation's only other shortcoming is a set of buggy ladders in a sewer sector that make getting around a bit of an awkward chore.

There is litterally nothing about this map, in terms of core-design, that wasn't executed remarkably so aesthetically speaking, Retaliation gets an A plus.
Unfortunately, since it uses TROR, there are some glitches that drag on the map's visual appeal, but its nowhere near enough to outweigh the design.
Score: 90 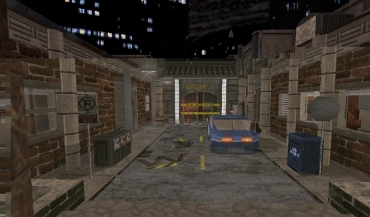 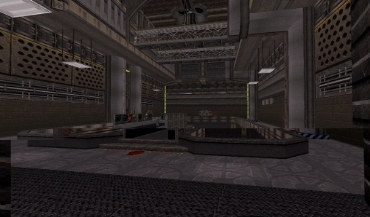 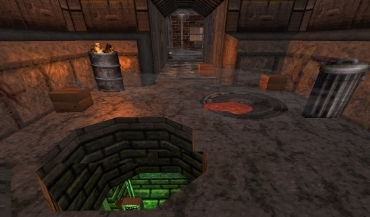 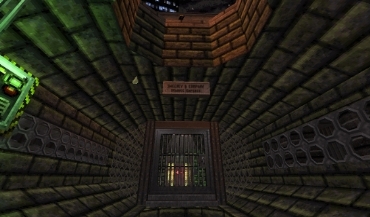 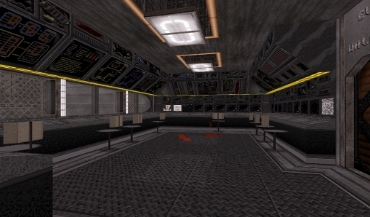 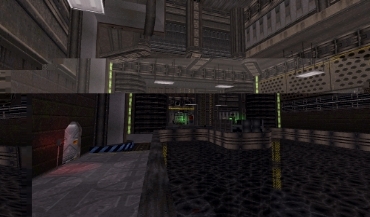