A city map broken up into two sections and separated by a gate locked tunnel.
The first being a super market, the second consisting of a small factory styled area, a hotel, a business office, and a post office.
Most locations are designed and detailed in the usual fashion, but there are a few underwater areas that aren't typically found in this setting. Aside from the multiple locations the map isn't very large.
The layout is basic and easy to navigate. The first portion of the level consists of the interior of one medium sized building and an empty street that connects to the second half.
The latter part of the map is a long, straight street with a series key locked buildings.
The interiors of these are relatively small, so the overall navigation of the level is linear and simple.
There is a secret area in the initial portion of the map that contains nothing which may make you feel a little robbed.

Game play is based on switch throwing and key card hunting. Each section has its own set of keys to be seeked out.
Progression is orderly; access an area, get the key, move to the next location, repeat. Once the last area is reached there's a pipe bomb puzzle to solve before finishing out the map.
There's a good mixed bag of aliens hiding around the map.
The available weapons are typical with a couple heavies. Ammo for the basic guns is plentiful, but the stronger stuff is just about limited to what is acquired when initially found.
Health is abundant and there should be no issues with hit points unless you run around crazy and get every monster in the map chasing you. 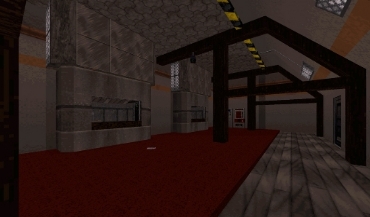 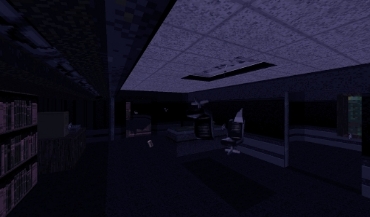 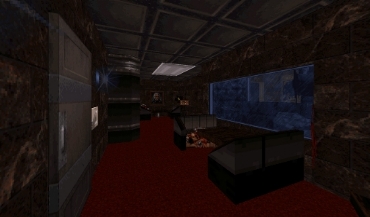 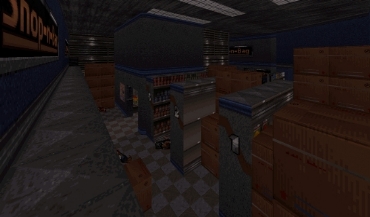 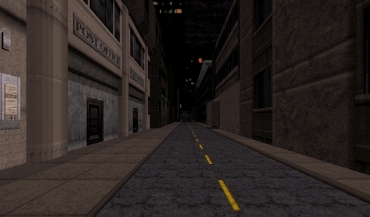 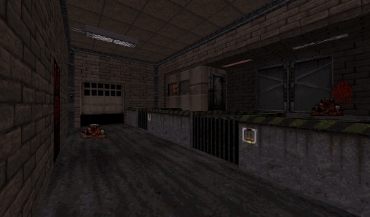