"No way I'm eating this shit!"

Duke crashes his helicopter on an island after he has blown up IMF west coast. For some strange reason a Duke Burger joint appears on this small island. Time for him to investigate who might be the owners of this place??
Gameplay is pretty forward. Find some keycards and their respective slots. Flush out the alien presence and search for their boss. Design and layout is on the average for an oldie like this. Quite a few misaligned textures. Weak shading / lighting. A touch of the good ol' over-sized syndrom is present. You'll be armed to your teeth and with enough health packs to survive an entire episode. But it's somewhat a nice ride. Spend ten minutes of your time and keep away from junkfood! 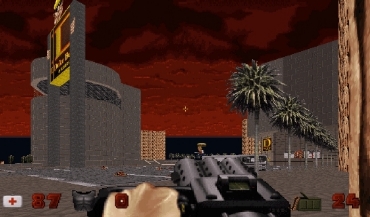 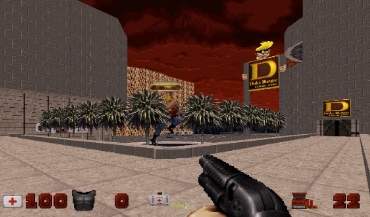 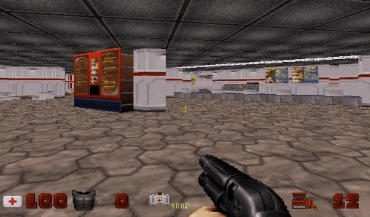 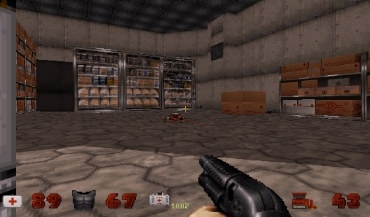 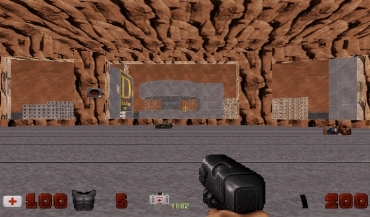 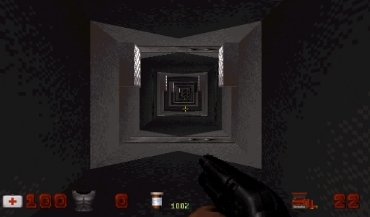