An urban map consisting of a hotel, street area, back alley, bar, reactor core complex, a bridge, and a shipping yard complete with an office building, docks, and a barge.
Construction is fairly basic for the most part with sporadic instances of finer work such as the hotel lobby, the dock and barge, the depth provided by the moving car lights in the back ground scenery, and the sprite work in the reactor room, but overall the map seems a bit plain due to minimal trimwork, simple texturing, and redundant architecture.
The layout is mostly linear in nature and is based on entering a structure, completing the given tasks, moving back out to the street and on to the next structure.

Game play is a combination of key card hunting and button puzzle solving tasks. The keys and locks are easy to find and it's only a matter of retrieving the key and getting back to the lock.
The button puzzles are a little more complex and require a bit of thought to figure out. Several switches don't do anything until other switches are thrown and in the correct order, but the puzzles aren't that complex to cause undo frustration, and in some instances there are view screens that are part of the puzzle to help the player figure it out.
Combat is pretty basic, straight forward, head on engagements with spawns to boost the action as well as to keep the pace of the map flowing evenly during the few instance of back tracking.
The level presents little to no challenge involved with enemy engagements unless you walk away from the game while being fired upon.
There is entirely way too much health and so much firepower provided that crates of the stuff are stacked up at the end of the map located where it can be collected after all the fighting is done. The aliens don't stand a chance. 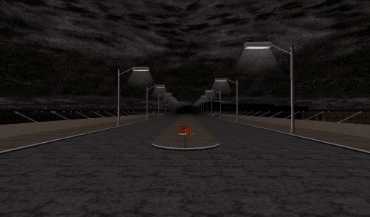 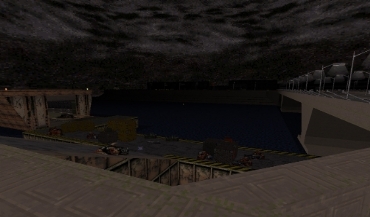 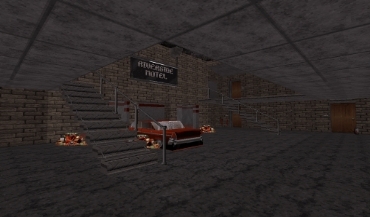 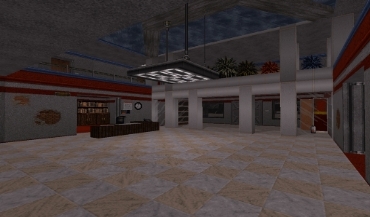 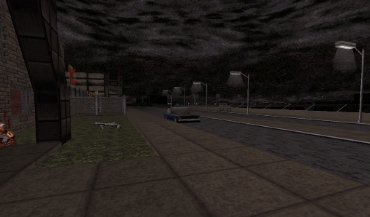 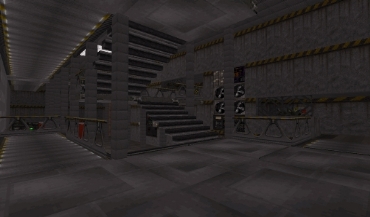