A key card search centered around a city plaza.
Game play involves moving through several indoor locations like an office building, a restaurant, and a laboratory in search of keys. Once found the player must then venture out into the plaza hub area to find the next building to unlock in order to search out the next key.

Strong architecture in the construction of the buildings and the highway overpass lends to the feel that this portion of the town belongs to a much larger city and avoids making the player feel as if they're boxed in.
Heavy sprite work and prominent trimwork provide the map a level of detail that lends to the feel of a realistic environment.
The player starts out with the minimum, but quickly gains a substantial arsenal and becomes top heavy in health making any alien encounters only slightly challenging.
Most of the indoor locations are fairly linear and the hub area is only so big, so navigation is done without much difficulty. 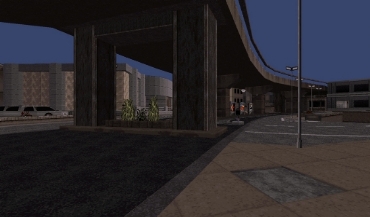 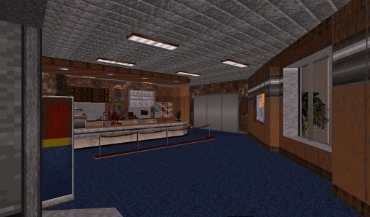 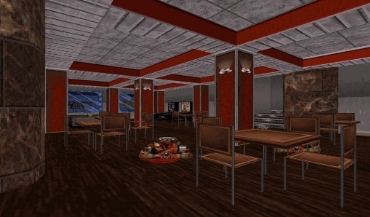 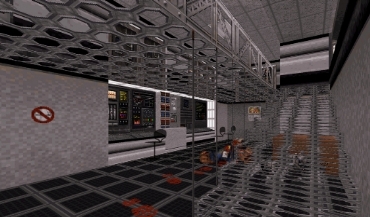 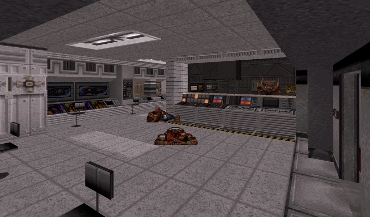 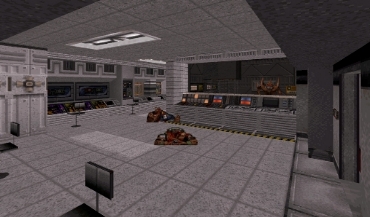