A medium sized urban map consisting of an open city street area and several indoor locations consisting of, but not limited to, offices, apartments, a library, a cafe, and an auditorium. All areas, inside and out, are well textured, have strong architecture and trimwork, and are supplied with nice detailing and sprite work.
Ambiance is complimented by sector shading not only on the street, but in the indoor areas as well.

Game play is based on key cards and buttons. There is also a non-linear aspect in that most of the buildings are unlocked by the same colored key so you may choose the order in which to explore them.
There are plenty of aliens strategically placed throughout the map and respawns will keep the action continuous as you traverse through the buildings and back into the street area towards your next destination.
There's a multitude of weapons and ammunition, as well as a large amount of health boosts scattered about the town, so the only major challenge is to not get caught in a cross-fire. 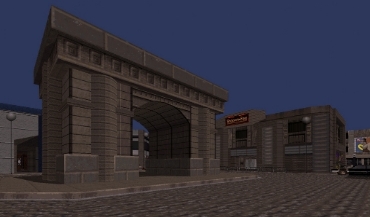 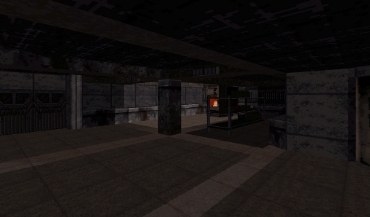 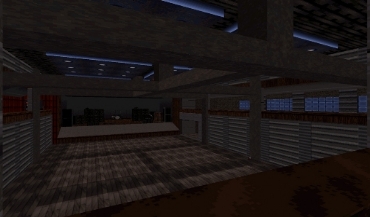 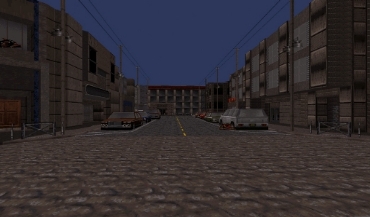 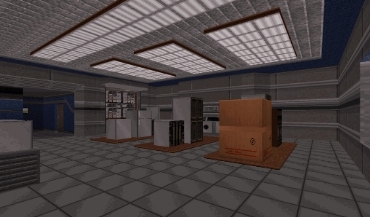 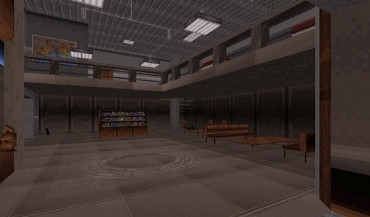